Mars InSight Mission May Be In Jeopardy Due To Leaky Instrument

It will definitely miss its March launch opportunity 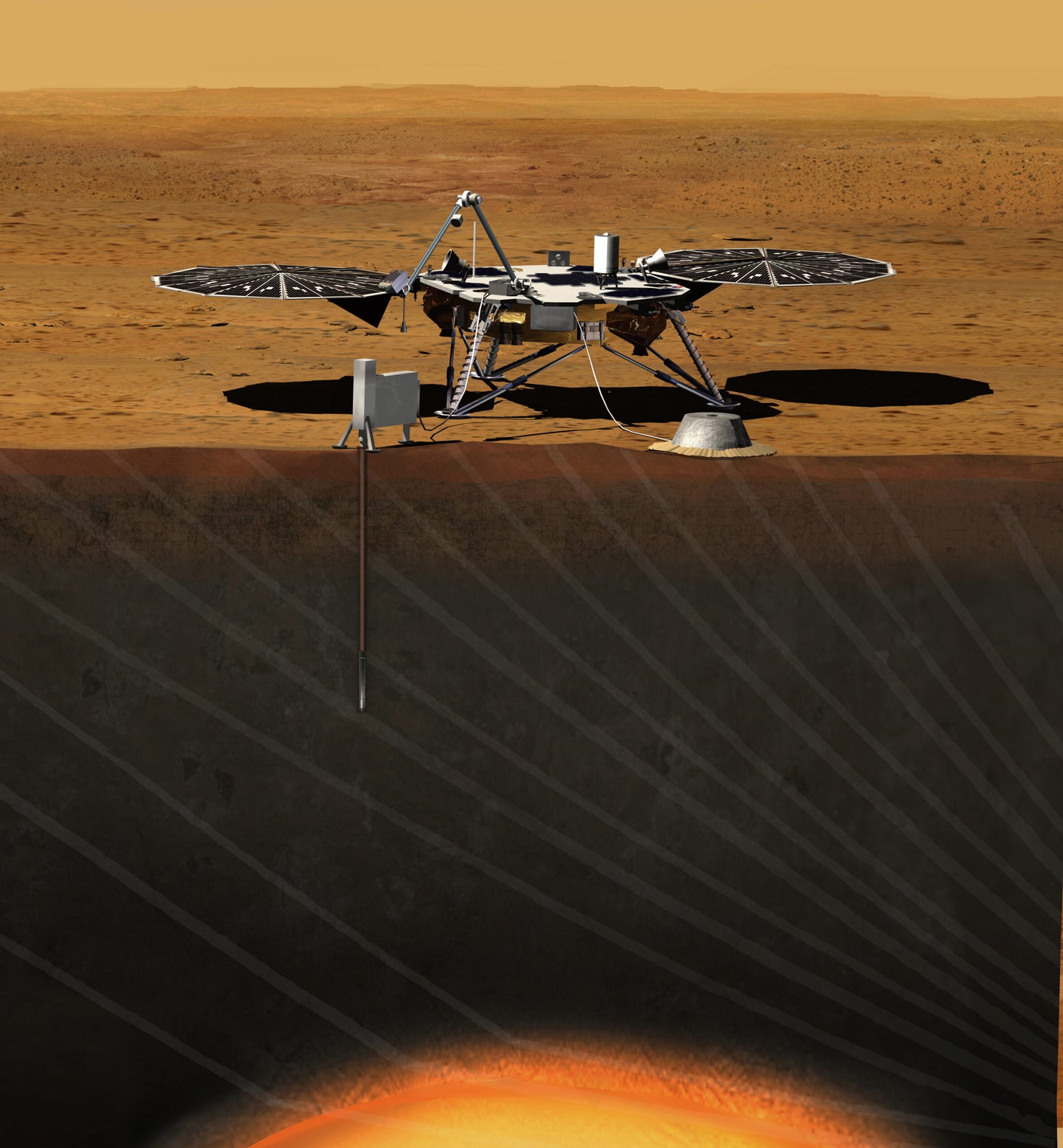 The Mars InSight lander, built to study Mars’ interior and geological history, was scheduled to lift off from Earth in March 2016. Now, faced with a faulty seismometer, NASA says the mission will be delayed at least 26 months–and there’s a chance it won’t launch at all.

In order to study Mars’ tremors, the lander’s seismometers need to be sealed in an airtight chamber–otherwise wind creates confusing noise in the data. Bruce Banerdt, lead scientist on the mission, said in a teleconference that the device is sensitive enough to detect the vibration of a single atom, which is why it needs to operate in a vacuum. However, engineers have been unable to make the French-made Seismic Experiment for Interior Structure (SEIS) airtight enough to survive a rough landing and operate in Mars’ freezing temperatures.

After the March 2016 launch window closes, the mission will have to wait at least 26 months until Earth and Mars are in the proper alignment again. That is, if NASA doesn’t call off the mission entirely. The mission is capped at a cost of $675 million for everything–building the spacecraft, launching it, and operating it on Mars–and the team has already spent $525 million of that money. Now the team leaders need to sit down and figure out how much it’s going to cost to fix or redesign the instrument, and whether that fits within the budget. If it doesn’t work out financially, it looks like the mission will be scrapped.

SEIS has been giving the team problems for months now, and tests on Monday revealed the leaks still weren’t fixed after several attempts.

“As of yesterday, we were still planning to go,” said John Grunsfeld from NASA’s Science Mission Directorate. “We just ran out of time.”

12/22/2015 at 4:25PM Eastern: This article was updated to include new information from a NASA teleconference.