Manchester Firemen Use Drones With Infrared Cameras To Fight Fires

Drones to the rescue 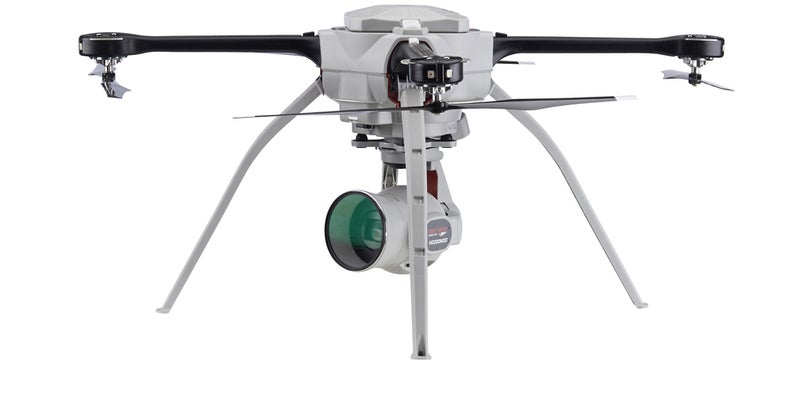 When a large fire occurs, so much smoke often surrounds the area that it’s nearly impossible to see through with the naked eye. But the Greater Manchester Fire and Rescue Service’s aerial unit may have found a solution. Using an infrared camera attached to a drone, the rescue squad was able to see through the smoke.

The Aeryon SkyRanger drone is a 5.5 pound quadcopter that can fly for about 40 minutes at distances of over a mile, though by protocol it sticks to locations that are within 2500 feet. It can reach altitudes of up to 10,000 feet, but is restricted to flying below 400 feet, and it can operate in most weather except winds stronger than 30 mph. It’s controlled by a hand-held tablet, and streams video down to the pilot below.

Manchester adopted the drone after trials this past July, and is already earning its keep. This isn’t the first time that drones have been used to fight fires. Importantly, these types of drones are used by approved professionals only, as recently there had been concerns over amateur firefighters using drones in the U.S. to fight wildfires and getting in the way of professional firefighter equipment.

Here’s a short video about it from Manchester Fire’s Air Unit: