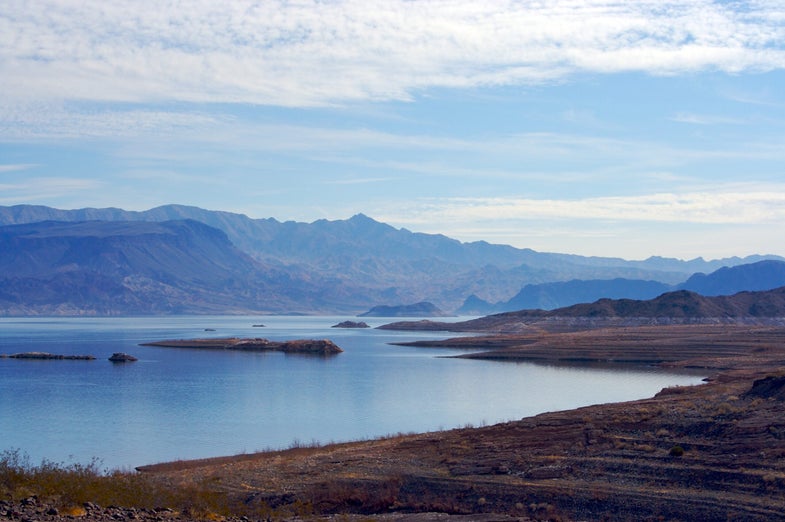 Lake Mead, a reservoir that was created by damming the Colorado River. William Klos
SHARE

A reservoir is usually created by damming a river, overflowing the banks and flooding the surrounding area, creating a man-made lake that is used to hold water for energy generation or as a water reserve. It also creates the perfect conditions for microbes to generate greenhouse gases like carbon dioxide and methane (a gas that is about 25 times more potent than carbon dioxide).

“Natural systems do produce methane, but studies have consistently found that reservoirs produce methane more rapidly than other systems do for a number of reasons.” John Harrison, a co-author of the paper tells Popular Science. “For one, when reservoirs are first flooded there’s organic matter in the soil and vegetation that can be converted by microbes into methane and carbon dioxide. Also, reservoirs because they are in line in rivers, they receive a lot of organic matter and organic sediment from upstream that can fuel the production of methane, carbon dioxide and nitrous oxide.”

Harrison says that reservoirs also tend to occur in areas where fertilizers are used on the surrounding land. Runoff from those fertilizers into bodies of water can cause algal blooms that can also produce more methane and carbon dioxide.

You can see this in action down at your local reservoir. Greenhouse gasses escape from lakes either by diffusing slowly off the surface of the water, or by bubbling up from the depths. “Methane is less soluble than other greenhouse gasses and so it more frequently forms bubbles,” Harrison says. “On any lake or reservoir you can see bubbles rising from the bottom, and they’re usually methane.”

Emissions from reservoirs are only set to grow in the coming years. “There’s a global boom in reservoir construction going on right now,” Harrison says, driven by the construction of hydroelectric dams to supply power to an increasingly energy-hungry world.