Three Essential Tools To Make It Out Alive

Conquer the wild (or weather the End Times) 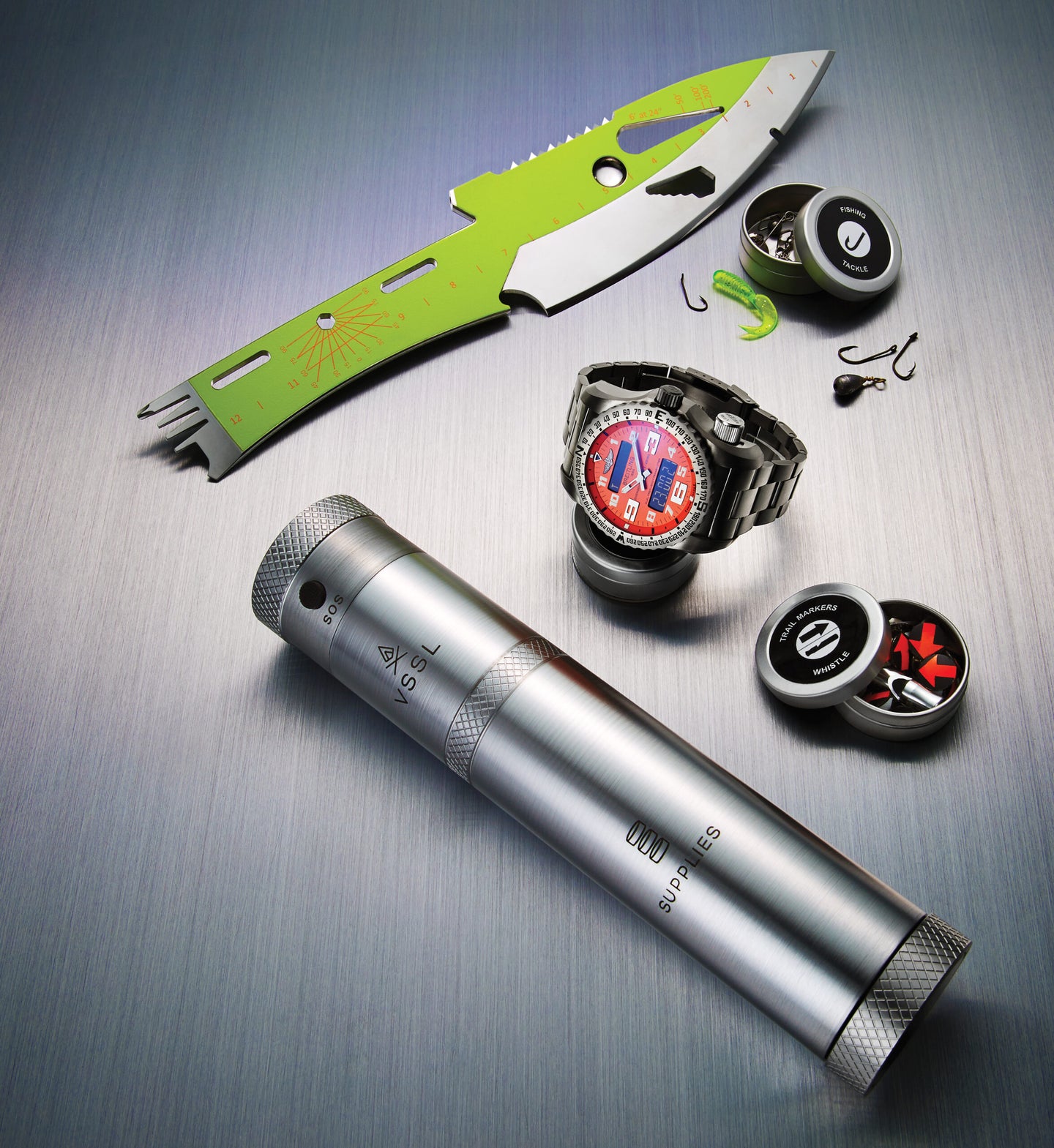 Throwing knives are usually made for one purpose: to be hurled end over end until they embed in a wood surface. (Thwack!) The Kniper is fun like that, but it also adds 22 important functions, including a fork, range finder, pry bar, sundial, wire stripper, wrench, saw, bottle opener, and screwdrivers. The Kniper is milled from high-carbon steel and is finely balanced, so it’s easy to hit your target. Oh, yeah: It also has a tobacco pipe (in case you haven’t kicked the habit yet). $145

Pilots, anglers, and backcountry trekkers often carry personal locator beacons to send distress signals if something should go wrong. Breitling’s engineers have encased one in a watch. The Emergency can transmit to the international Cospas-Sarsat system, which has saved more than 37,000 lives worldwide since 1979. $16,475

At night, it’s easy to take the wrong step. The VSSL flashlight’s super-bright LEDs lead the way and can last more than 20 hours. It also holds lip-balm-size canisters for gear like a fire-starting kit, trail markers, a first-aid kit and, our favorite, an emergency tent. $100