For those over 50, even lower may be better 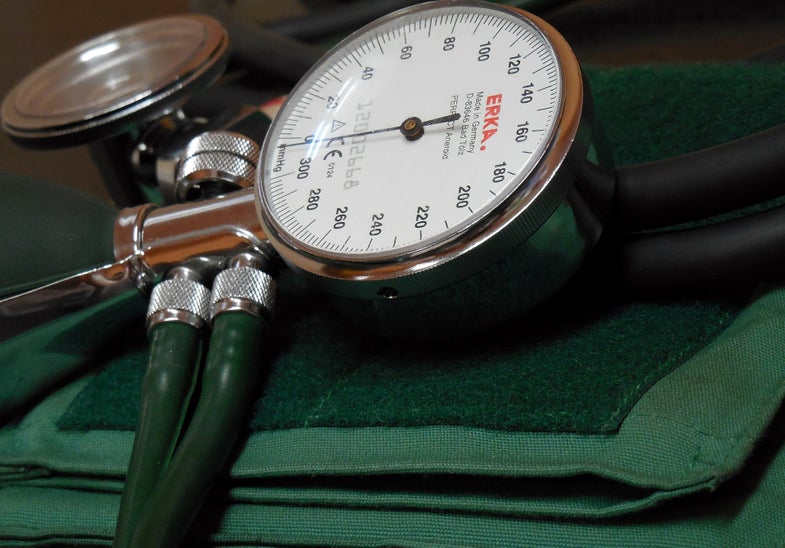 Cardiologists have long questioned what the acceptable range of healthy blood pressure is for adults who are 50 years and older, and in a paper published today, researchers argue for an even lower target than what is recommended by current guidelines.

Announced today by the National Institutes of Health (NIH), the preliminary results of the study, called SPRINT, show major benefits of having a systolic blood pressure – the pressure when the heart is contracting and the first number in a blood pressure reading – of 120 mm Hg for people over 50, which is below the current target of 140 mm Hg.

The trial was meant to last for eight years, however, after six years, the researchers decided that their results were significant enough that they should be shared as soon as possible and the trial was discontinued.

“This study provides potentially lifesaving information that will be useful to health care providers as they consider the best treatment options for some of their patients, particularly those over the age of 50,” said Gary H. Gibbons, M.D., director of the National Heart, Lung, and Blood Institute (NHLBI), in the announcement.

A third of the U.S. population has high blood pressure, also known as hypertension, which puts patients at a greater risk for heart disease, stroke, and kidney failure. In 2009, researchers for the SPRINT study began comparing outcomes between adults who lowered their high blood pressure to 140 mm Hg using medication, and those who were able to lower their blood pressure even further, to below 120 mm Hg.

They found that compared to patients who maintained their systolic pressure at 140 mm Hg, those who kept it at 120 mm Hg or lower, saw a reduced risk of death by almost 25 percent and a one-third lower rate of stroke and other dangerous cardiovascular events such as heart attack or heart failure. These preliminary results seem to contradict decades-old arguments that the side effects of hypertension drugs outweigh their benefits.

Nonetheless, the breakdown of the data is still to come. SPRINT’s answers to questions about blood pressure will become more clear when its complete results are released in the next few months.