Magnetic Robot Climbs On Blimps To Repair Them 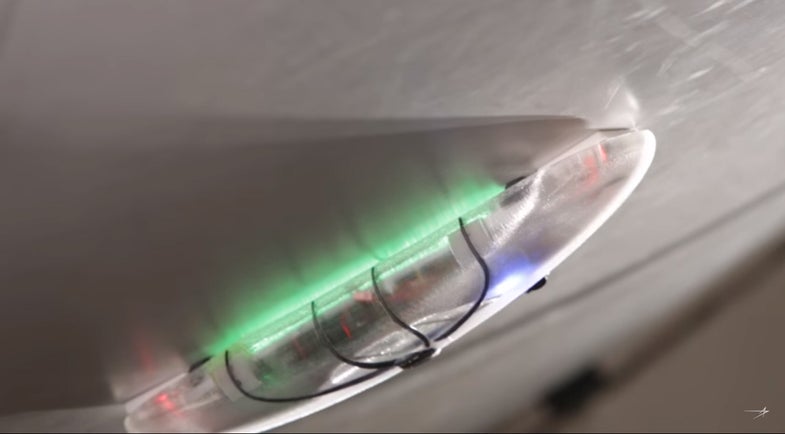 A small hole in a blimp can be a huge deal. But since blimps are so big, those holes can be hard to find. So Skunk Works, a research laboratory headed by Lockheed Martin, invented the SPIDER, a magnetic robot that crawls the surface of a blimp looking for and repairing holes. This new bot will come in handy for new age airships. Screenshot by author, from YouTube
SHARE

Blimps are gigantic sky-whales. By the very nature of their design, a durable yet light sack of air suspending a small, heavier compartment with people and engines, there’s a lot of surface area on a blimp and not a great way to look at it. So Skunk Works, the research laboratory of defense giant Lockheed Martin, went and did the only sensible thing: made a robot that can crawl on the surface of blimps.

The robot, described in the video below as a, “Self Propelled Instrument for Damage Evaluation and Repair,” is also called Spider.

There are two parts to spider: an inside component, and an outside component. Held together by magnets, they drive over the surface of the inflated blimp, or in this case, hybrid airship. The top half of the Spider shines a light and the bottom half detects whether or not that light shines through, revealing a pinhole in the airship’s skin. The Spider bot patches the hole and takes pictures of the entire process, so humans can double-check its work. Multiple Spiders can even work together to get the job done faster.

If there is to be a new age of airships, a team of robot repairmen may help make it happen.