After Next Year, Macbooks May Have Programmable E-Ink Keyboards

Individual keys look different depending on what you're doing

Apple could be in talks to acquire Sonder, the maker of the above e-ink keyboard. Sonder
SHARE 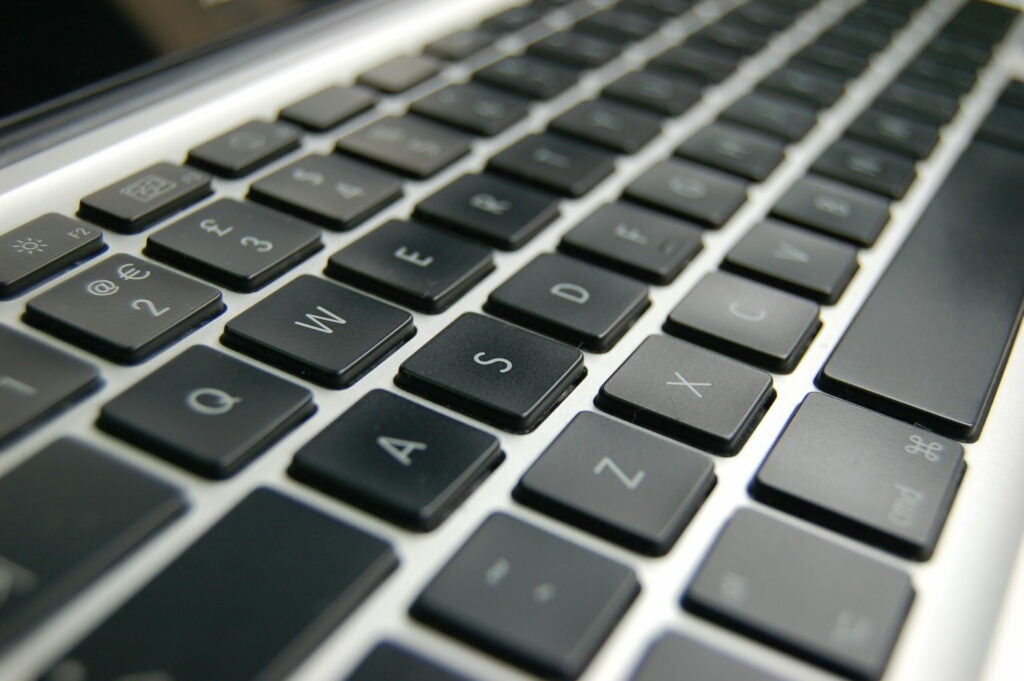 The Macbook keyboard could be due for a refresh

An updated version of the keyboard could offer keys with e-ink displays, allowing each individual square to change based on the app you’re in or secondary button you may be holding down.

Those waiting to buy one of Apple’s Macbook laptops are probably excited by rumors of a potential October 27 event, where the company could bring out updated notebooks. But even if Apple introduces the expected Macbook with an OLED panel as assumed, you may want to wait until 2018 anyway.

According to the Wall Street Journal, Apple will likely unveil laptops equipped with e-ink keyboards in just a couple of years. Meaning that while we may get a slight keyboard refresh in the coming weeks, a full keyboard revision could come soon after.

For novice Mac users the technology could prove useful: hold down Command key and see all the shortcuts available to you, right on the keyboard. Pro users could customize how certain keys behave in a particular app. You rarely need to use Caps Lock in Photoshop, so it could become a clearly marked way to access a different tool of your choice.

E-ink technology, like what’s found in Amazon’s Kindle or Pebble’s smartwatch products, would be a great fit for the laptop keyboard. Battery power is a premium when on-the-go, but e-ink only uses power when altering what’s on screen, not to actually show the ink.

The rumor would connect well with other dots claiming that Apple is currently in talks to acquire Sonder., a company that currently makes third-party e-ink keyboards for use with Mac. Convenient.

Along with Sonder, similar products like the Jaasta have made their way to market as well. Apple typically won’t enter a market first, but after a few tries from other companies it comes out with its own version of that kind of product. We could see the same from Tim Cook and co. in 2018. 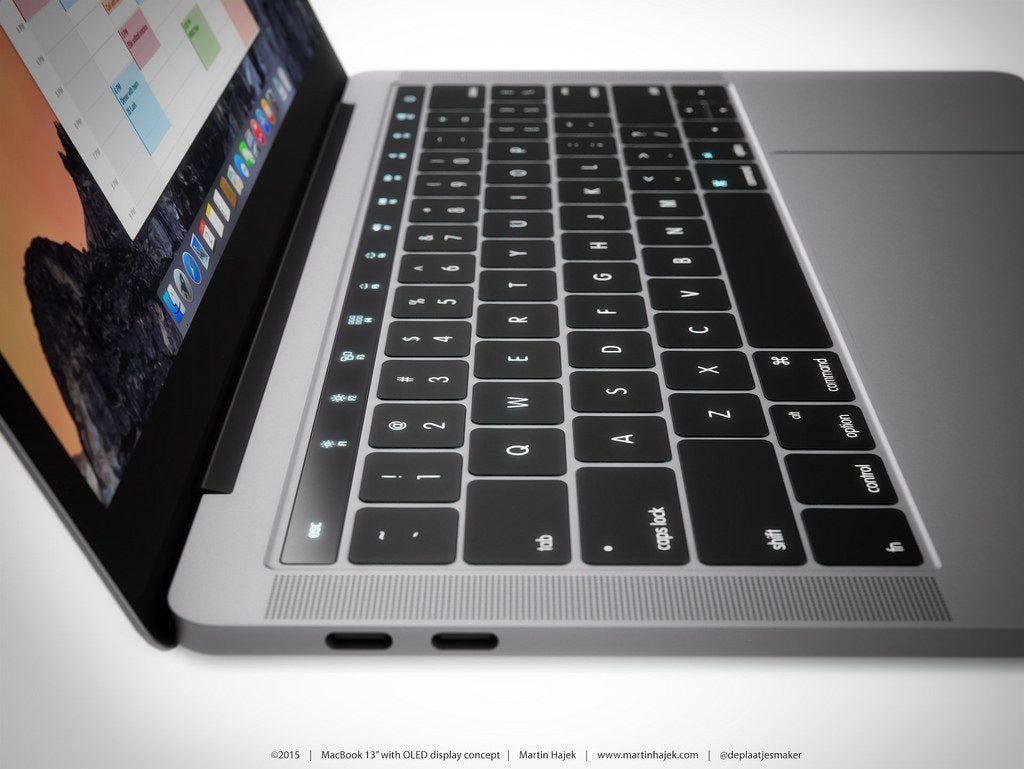 Macbook with OLED display above keyboard

Until then, Macbook-buying hopefuls may have to settle for the coming OLED touch panel that could replace the F1-F12 row on Apple’s QWERTY keyboard. We’ll have to wait for October 27 and see.

Update: Apple has confirmed the occurrence October 27 Macbook event. We may see some type of updated keyboard during the keynote. Stay tuned to PopSci for details!