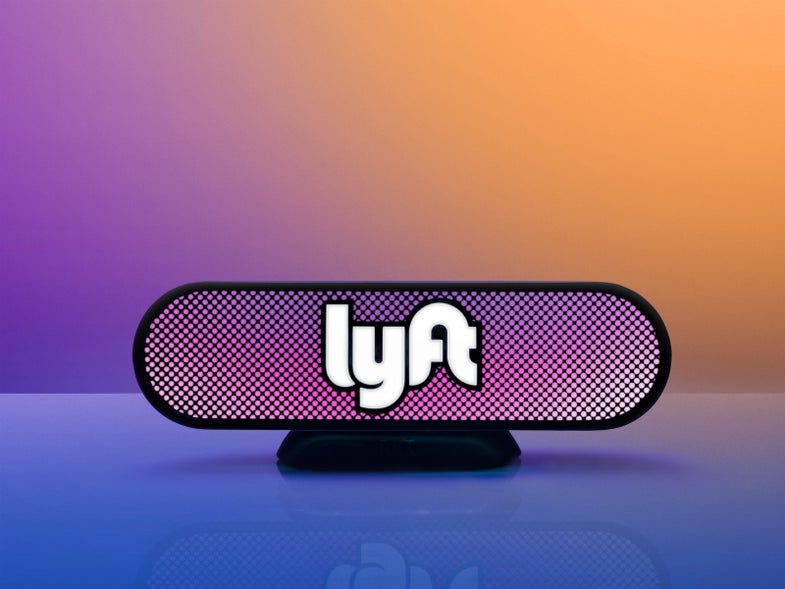 When ridesharing came to America, it did so in the slick, businesslike black cars of Uber. Lyft, the second-largest ride-sharing service, stood out from the stodgy professionalism of its rival by being deliberately quirky: giant, fuzzy pink mustaches on the cars signaled Lyft-allegiance, and riders tapped fists with drivers to confirm that they were in the right car.

The rideshare market evolved considerably since those early days, and Lyft cars traded in the giant and easily muddied mustaches for little pink plastic icons, and then stickers on car windows. It’s a change for the better, but it means Lyft cars no longer stand out in the wild, and for anyone trying to catch a ride outside a bar at night, a bright shiny beacon is extremely helpful.

So on New Year’s Eve, Lyft is putting a bright light on their cars in San Francisco, Los Angeles, Las Vegas, and New York City, with future roll-out into the other cities planned for 2017. Dubbed “Amp,” the device is a bright light that will go on dashboards, and display a color matching that in the app on the ride-requestor’s phone.

With New Years and Amp, Lyft will retire their once-iconic mustache, shaved from its cars and its brand to make way for a shiny future, full of changing, blinding lights.