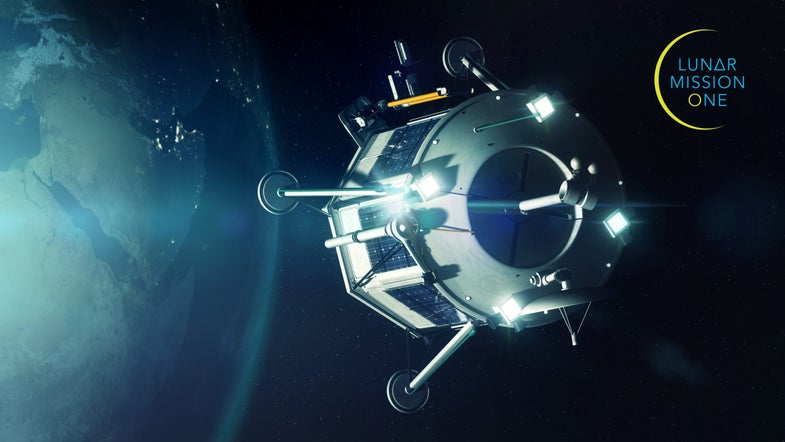 Lunar Mission One, the team of U.K.-based scientists and engineers hoping to send a robotic probe to drill into the moon, just reached a major milestone in funding. Today, the project’s Kickstarter campaign reached its target goal of £600,000 (close to $1 million USD), with more than 30 hours to spare.

The ambitious crowdsourcing endeavor has more than 6,800 backers, and people are continuing to donate to the cause up until the allotted time runs out. And we can see why. Lunar Mission One promises a whole host of gifts for generous sponsors, including the chance to leave a personal lunar time capsule, containing your own DNA, underneath the moon’s surface.

The project also drew the praise (and funds) of some noteworthy individuals in the scientific community, including English physicist Brian Cox and recent biopic subject Stephen Hawking. The latter offered his congratulations to the mission after the project reached its funding goal.

“Today they have achieved what are the first steps towards a lasting legacy for space exploration,” Hawking said in a statement. “Lunar Mission One is bringing space exploration to the people, and I have no doubt that young people and adults alike will be inspired by the ambition and passion of all those involved in the project.”

Along with leaving a lasting human presence on the moon, the unmanned mission also hopes to collect deposits from beneath the lunar surface. These samples will provide scientists with a better understanding of what makes up Earth’s rocky satellite.