Filming is better, down where it's wetter 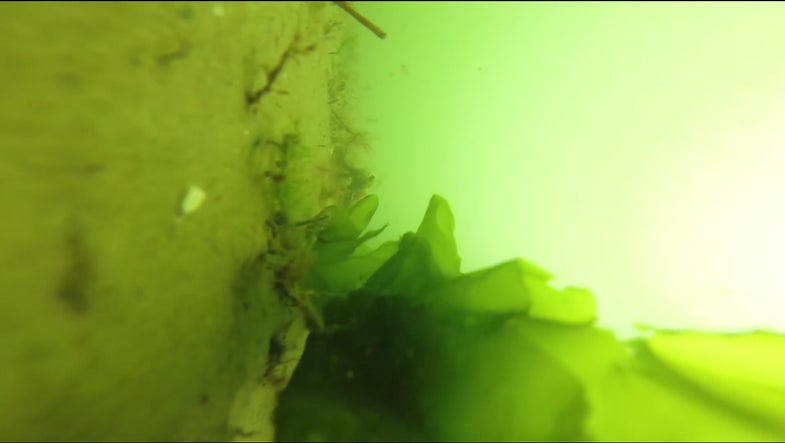 This story starts in the middle. While fishing, a man catches a barnacle-covered GoPro camera. He takes it home to find that the GoPro is broken, saltwater corroding through its casing, but the memory card is intact. He plugs it in, and we see the camera’s last known moments: another diver, a jump from a pier, a drop to the seabed.

The camera remains underwater and recording for some time, flipping when the tide shifts.

And then it finds a friend! A crab walks into the frame, and spends a minute with the camera, appreciating it.

The camera was apparently lost on August 13th, 2015, and the recovered video uploaded on July 7th, 2016. While it’s possible that this is just a marketing stunt, we’ve seen GoPros go the edge of space, fall back to earth, and have recoverable footage. A memory card lasting the better part of a year underwater doesn’t seem so far-fetched.

While the crab wasn’t the photographer this time, we’ve also seen animals take cameras and film on their own, like this octopus-shot video or this camera captured by an eagle, which filmed a nice meditation on the nature of prey.