Look At This Photograph NASA Took Of Shockwaves 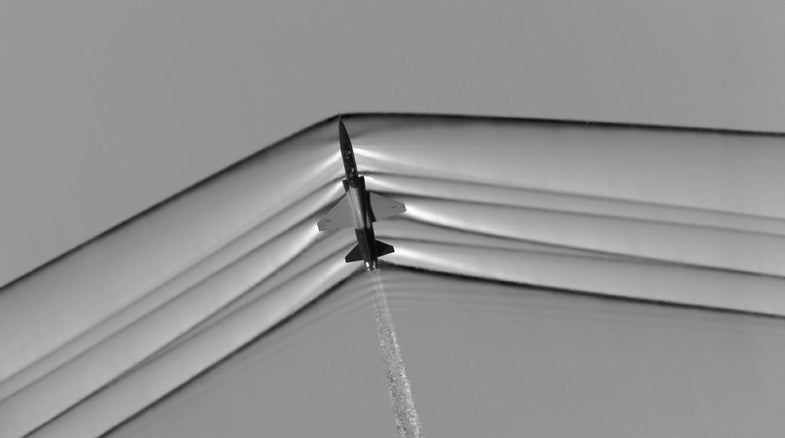 To see the future of flight, NASA is borrowing a technique from photography’s past. Planes going at supersonic speeds generate shockwaves. Depending on how that plane sends off the waves, it can be loud and unpleasant for people on the ground. To create quieter supersonic planes, NASA wanted to see the shockwaves coming off the vehicle itself.

To photograph the air around the airplane, without getting distracted by all the other scenery, NASA employed Schlieren imaging. Invented by August Toepler in 1864, the technique uses lots of parallel lights focused on a single object. This captures areas where fluid flow is the most dense (like, say, where air makes shockwaves in a wind tunnel over an airplane model). It has a long history in supersonic flight, where it showed how models would react to air at high speeds. 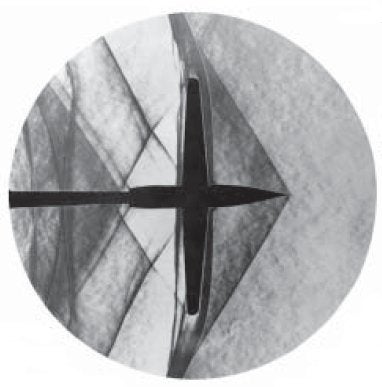 Wind tunnels are something of an ideal state for aircrafts. NASA wants to capture what supersonic flight looks like outside, in the sky, so they’ve had to adapt a technique originally made for laboratories to be used in outside conditions, by using the sun as the light source. They started testing in 2011, contrasting images of a speckled background with a speckled background distorted by various patterns of shockwave. Software reads the image to see what pattern best matches the photo captured, and then edits out the background, leaving only a plane and its wake.

Once developed in the lab, NASA took the technology to the field, capturing lots of high-speed images of planes taken by other planes and then processing them to reveal the shockwaves. NASA is continuing to refine the process, with the hope that future aircraft design can learn from field tests to build quieter supersonic airplanes.