The perfect choice for an intergalactic midlife crisis 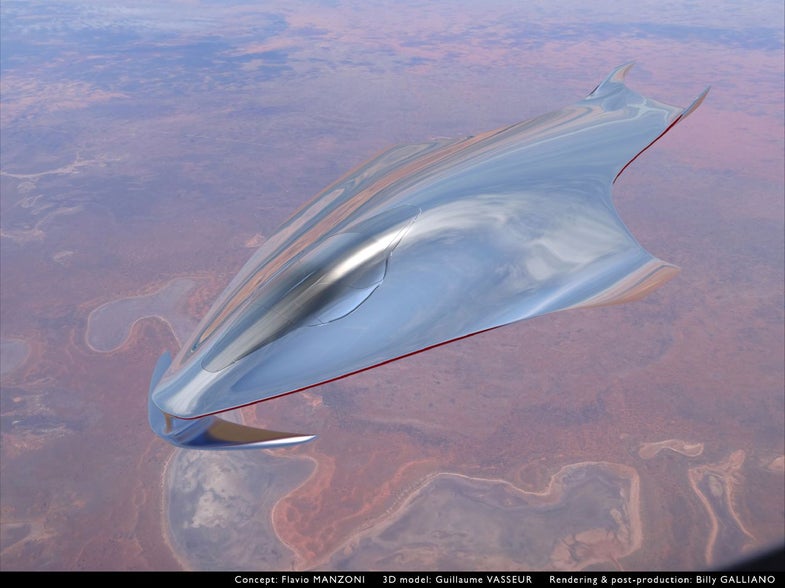 Sure, space travel is cool, but rarely do iconic spacecraft look like works of art. Design constraints and real-world realities leave rockets less fantastical than those envisioned in fiction, and even the beloved Space Shuttle resembled a chunky version of a terrestrial airplane. Sketches from Ferrari design director Flavio Manzoni show us an alternative type of spacecraft: sleek, elegant, and totally freed from the limitations of designing for reality.

There are echoes of Manzoni’s car work here. His smooth surfaces make the Lancia Fulvia car he designed look more elegant than it should be, and they show up fully realized in his UFO sketches. His iconic LaFerrari, built with sweeping, flowing contours, has a hint of otherworldliness about it, like it was poured into shape. Manzoni’s spaceship takes that even further, with a body that looks plucked from Mercury, or like a stingray coated in quicksilver.

In discussion at FormTrends, Manzoni suggests his spaceship sketches are as much about future human vehicles as they are machines invented by other intelligent life forms beyond the stars. So there’s an answer to where we can find flying cars: They’re probably in space, piloted by aliens.