Look At This Gorgeous New Map Of Mercury’s Surface

The ups and downs of our solar system's least explored planet 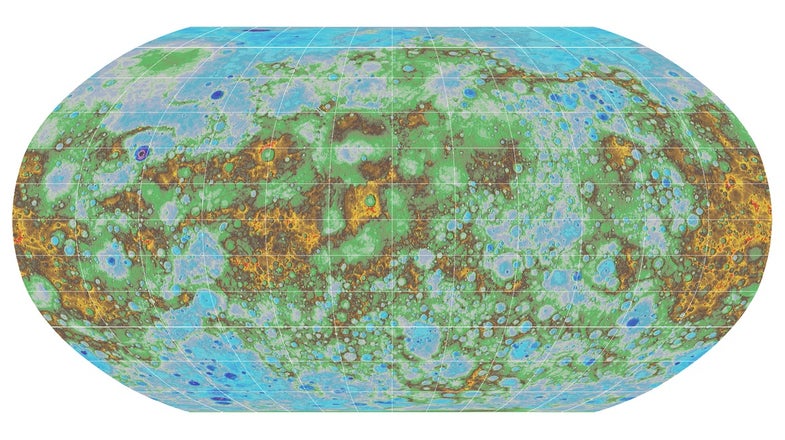 Just in time for Mercury’s transit of the sun—which you can see happening live right now!–NASA’s MESSENGER mission has released the first global topographic map of our solar system’s smallest planet. The map reveals the variety of elevations across Mercury’s surface, and could help scientists better understand the planet’s geological history. Also, it’s pretty.

In particular, scientists are hoping to learn more about a huge and ancient volcanic area that’s large enough to cover 60 percent of the continental U.S. Since the area is at Mercury’s north pole, which doesn’t get a lot of sunlight, scientists haven’t gotten a good look at it until now.

Before the end of its mission in 2015, the MESSENGER (which stands for MErcury Surface, Space ENvironment, GEochemistry, and Ranging) spacecraft snapped photos of the area using several special filters to complete the topographic map.

Altogether, the global map was created using 100,000 images from MESSENGER.

[NASA and USGS, via New Scientist]