A crusade of crabs 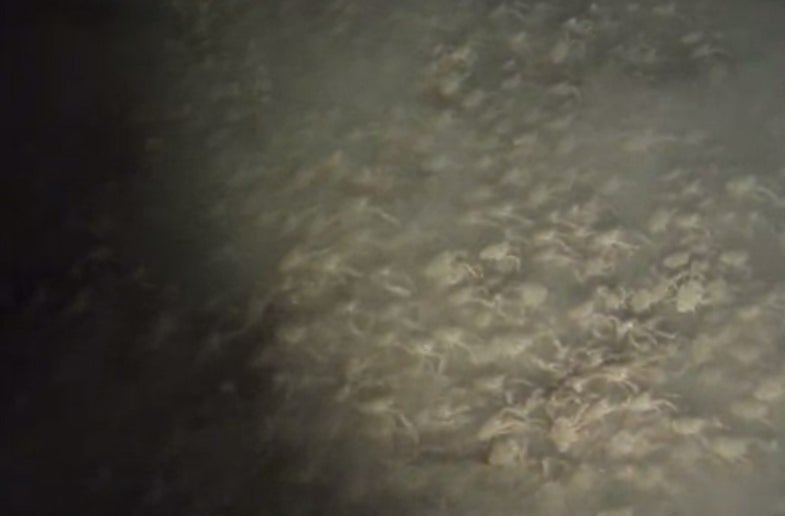 Yes, that's all crabs. Crabs all the way down. Screenshot by author, from Scene
SHARE

There are mountains on the bottom of the ocean. Hannibal Seamount, one such submerged peak, is located about 12 miles west of Panama’s Coiba island. And it’s just covered in crabs.

Or at least, it was a year ago. That’s when an autonomous underwater vehicle, piloted by researchers from the Woods Hole Oceanographic Institution, Point Loma Nazarene University, and the Smithsonian Tropical Research Institute, found the massive migrating crab swarm on top of Hannibal Seamount, at a depth of roughly 1,100 feet below the surface.

Before the researchers realized it was a crab swarm, they saw it as a vast cloud of dust. Then it moved closer, and they saw the crabs. From Ars Technica:

The swarm, at its densest, was about 77 crabs for every 10 square feet. And we don’t know yet why the crab swarm ended up where it did. Migration is possible, as is mating or a search for food sources. As with almost everything oceanographic, the more we discover, the more it reveals how very little of the sea we understand.