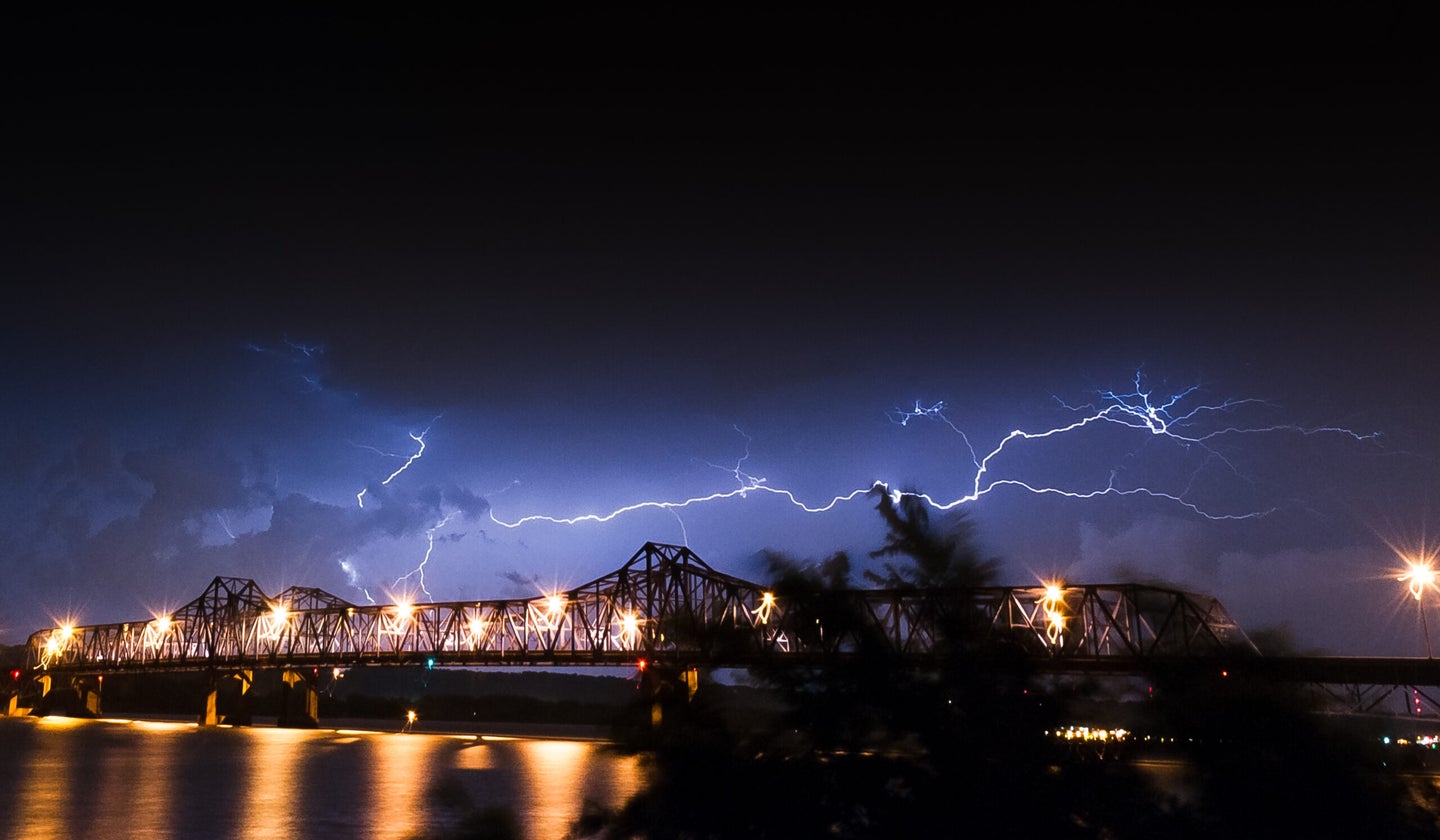 Lightning is generally short and shocking, not long and slow. But a new report from the World Meteorological Organization tracked down the longest lightning bolts, both in terms of time and distance.

The most well-travelled lightning bolt covered a distance of almost 200 miles, streaking across the state of Oklahoma on June 20, 2007.

But that long journey took place in a flash. The record for longest-lasting lightning discharge went to a lightning bolt in France on August 30, 2012 that struck continuously for 7.74 seconds.

To put those 7.74 seconds in perspective, consider that it’s longer than most (but not all) Vines, like this one:

And less than two seconds slower than Usain Bolt’s record in the 100 meter race.

Who knows, maybe one day Bolt could beat a bolt.