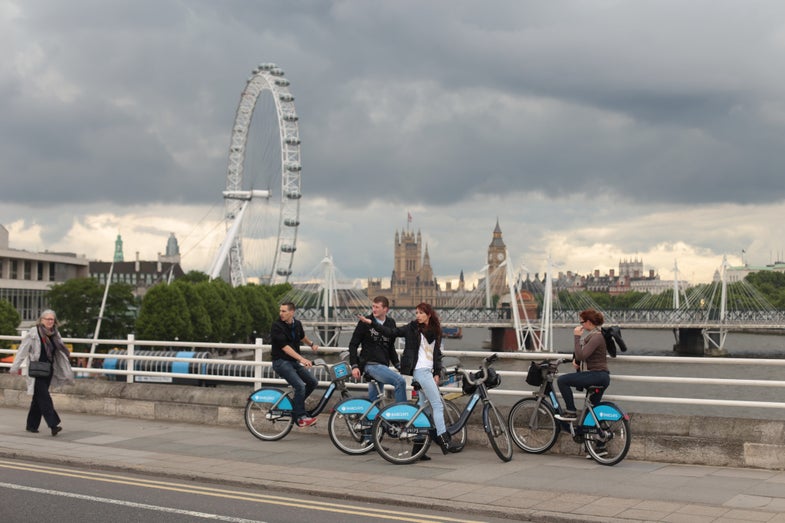 Unlike Copenhagen, London isn’t known for a robust cycling culture. But that is slowly changing. Cycling in the city is more popular than ever before, and it will likely continue to expand.

Earlier this month, the city announced the approval of four new cycling ‘superhighways’ (bigger, cooler more dedicated bike lanes), and upgrades to the four that already exist. It’s all part of Mayor Boris Johnson’s ‘Vision for Cycling’ which pictures a grid-like system of bike lines in central London. With this plan, the bike lanes will be physically separated from car lanes, making it the longest urban bike path of its kind in Western Europe.

Two of the new proposed bike lanes will run north to south and east to west throughout the city, connecting major workplace centers in what Johnson is calling a ‘Crossrail for Bikes’. There are some concerns that building the bike lanes on existing, busy roads could increase traffic and slow down cars, but data released by the London government showed that delays to motorists would only increase by about 1 minute and 26 seconds during rush hour on the east-west route, and 2 minutes and 43 seconds on the north-south route.

Other cities like New York are also expanding their bike lanes, hoping that their citizens will embrace the eco-friendly transportation alternative.