Lightning In National Park Looks Suspiciously Like A Dinosaur

T Rex in the sky, I can go twice as high 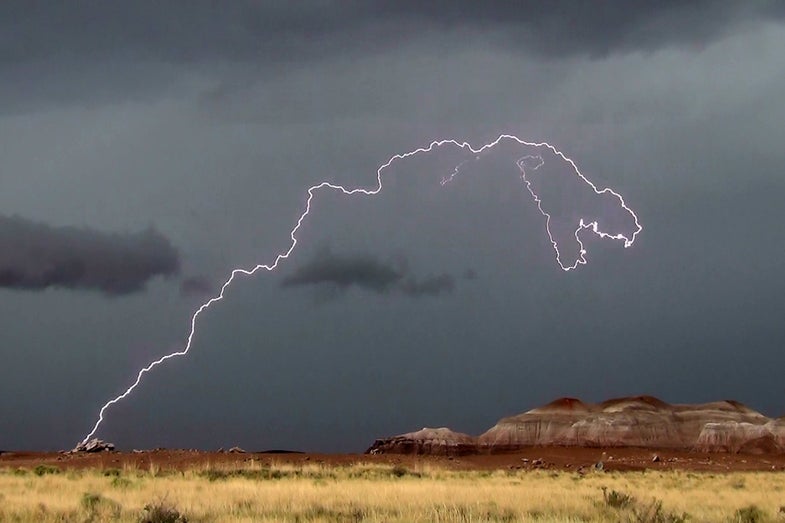 Earlier today, the Department of the Interior tweeted out this gorgeous shot of lightning in the Petrified Forest National Park.

As they’ve noted, it looks remarkably like a Tyrannasaurus rex trying to eat the rock formation. Also, an upside-down heart on a string.

There is only one explanation. Clearly, nature is trying to learn emojis to communicate with us.

I mean, take the smiley face that was seen in a lava lake a few weeks ago:

Then again, it could just be our brains trying to make sense of the world, and associating the shapes we see with things that we recognize, like smiley faces and dinosaurs. Not as fun, but way more likely.