First, way back in 2002, we reported on this crazy new kind of movie-making, called â€machinima,â€ that uses videogames and virtual worlds as platforms for creating animated films. Then we watched as the biggest public virtual world, Second Life, gained more and more traction-businesses exploded onto the scene, people made big money in virtual real estate, whole new social mores were established-and we sent ace reporter Annalee Newitz in-world to sum up the madness in our September 2006 feature story.

Then, we dipped our toes into Second Life with a Creative Commons-cosponsored music event, featuring PopSci contributing troubadour Jonathan Coulton. Giant squid frolicked onstage, robots sat in the audience, a dancing monkey-pony made an appearanceâ€ and we were hooked.

Which brings us to November 16, 2006, when we unveiled our very own virtual space in Second Life, the PopSci Future Lounge, sponsored by Nokia. The idea is that this space will be home to an ever-developing vision of the bright future ahead, complete with stunning 3D replicas of prototype technologies that won´t be available in the real world for years to come-but that users can see and try out for themselves in the virtual world today. We´ll also be hosting regular events where guests can schmooze with PopSci editors, relax and watch short films about the fun, geeky stuff we´re excited about right now, and hear some of the world´s top sci-tech innovators speak about their work. Ready to step into the virtual world? Get yourself an avatar and join us at [popsci.com/sl_lounge](http://www/. Popsci.com/sl_lounge). 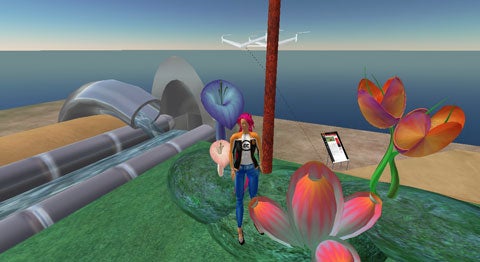 Check out some of the exotic flora on our green roof garden, complete with graywater recycling system 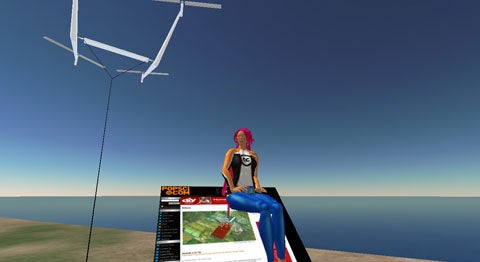 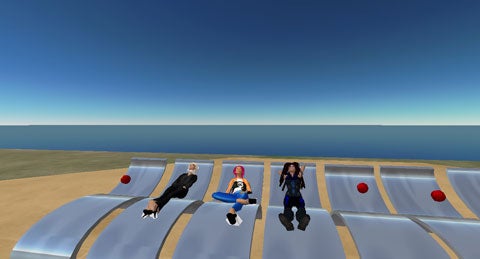 Out back, take a load off in one of our waterfront loungers and see what’s playing on the massive solar-powered video screen 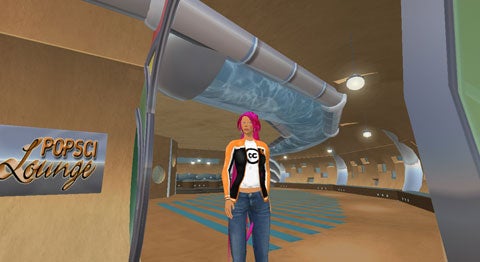 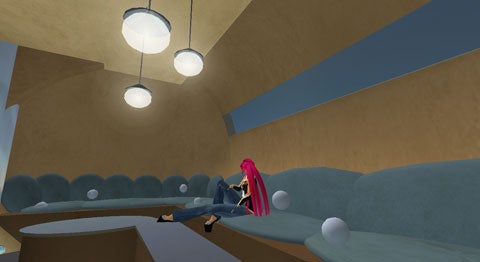 There’s plenty of comfortable seating inside, too. Come chat with PopSci editors inside or take a cutting-edge concept vehicle for a spin on the front lawn 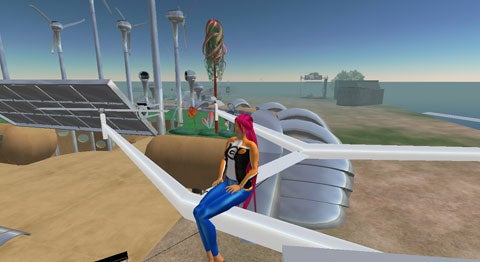 Megala perches on another state-of-the-art hovering windmill. Its real-world equivalent generates power from winds in high-altitude jet streams, but we’ve shortened the tether a bit so everyone can get a closer look. 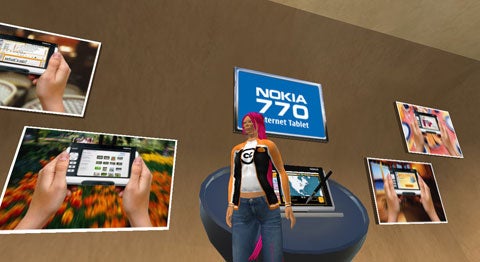 Come and get your avatar a shiny new Nokia 770 Internet Tablet, equipped with a custom chat animation. No more air-typing! 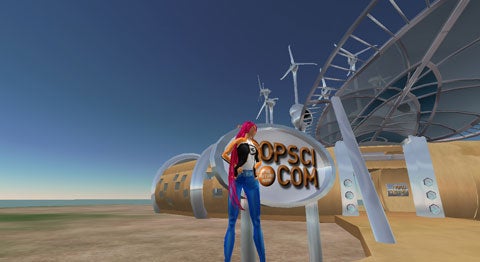