pH Down, Noise Up 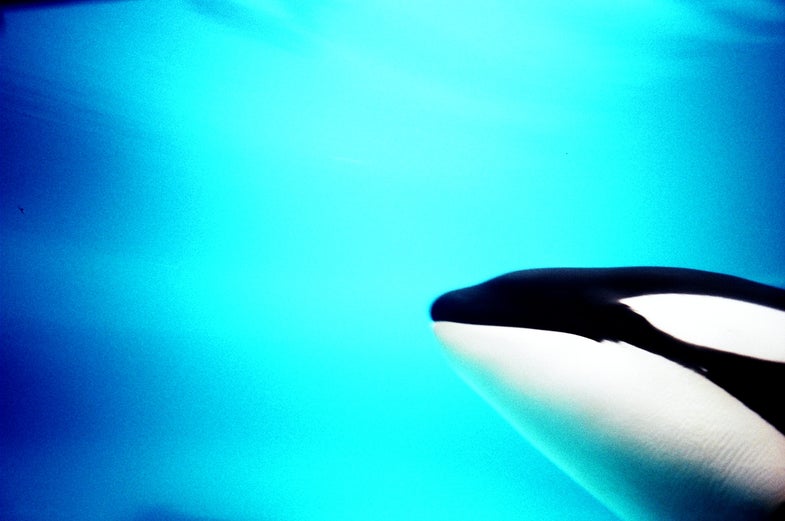 As increased levels of atmospheric carbon dioxide (CO2) dissolve in the Earth’s oceans, seawater is becoming warmer and more acidic. Now, a new study concludes that one result of more acidic seas is that sounds will travel farther underwater. A corresponding increase in background noise in the oceans could affect the behavior of marine mammals, a team of scientists at the Monterey Bay Aquarium Research Institute (MBARI) says.

Researchers have known for years that human-generated noise beneath the ocean’s surface can adversely affect marine life. Because these animals depend on sound to navigate, find food, avoid predators, and communicate with other members of their species, introducing non-natural background noise into their world can have grave consequences.

During the last century, industrial activities have released hundreds of billions of tons of CO2 into the Earth’s atmosphere, about half of which has been absorbed by the world’s oceans, scientists say. In the last five to ten years, chemical oceanographers discovered that adding carbon dioxide to the oceans causes them to be more acidic.

According to the United Nations Intergovernmental Panel on Climate Change (IPCC), by 2050 the chemistry of seawater could change, dropping by 0.3 pH units –—and that’s a conservative estimate.The intensification of ocean acidity would allow sounds to travel up to 70 percent farther underwater than in today’s oceans.

Keith Hester and his colleagues at the MBARI projected the impacts, based on calculations to be published in the October 1 issue of Geophysical Research Letters, a journal of the American Geophysical Union (AGU). According to Hester’s calculations, the changes in water chemistry will have the greatest impact on sounds that occur precisely within the range that includes most of the low-frequency sounds used by marine mammals in finding food and mates. This is also the range that includes many of the underwater sounds generated by boat and shipping traffic, oil and gas exploration, and military activity. This means that much of the human-generated noise beneath the ocean’s surface has the potential to interfere with marine animals, particularly dolphins and whales—that depend on echolocation (the ability to locate an object by using reflected sound) to find food.