With Hurricane Gustav, we're less than halfway through what scientists say will be a 17-storm season 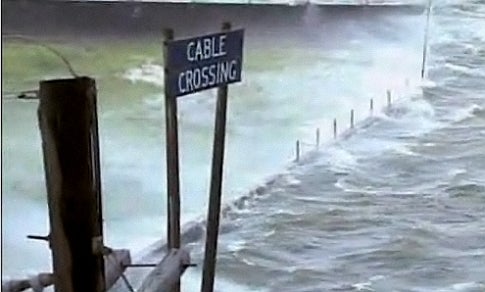 Weeks before Hurricane Gustav slammed into the Caribbean and the Louisiana Gulf Coast, hurricane forecasters at Colorado State University continued to warn of the higher-than-average probability of at least one intense (or major) hurricane making landfall in the United States in the remaining months of this year’s hurricane season. In their early August forecast, researchers William Gray and Philip Klotzbach also increased the number of named storms expected to form in the Atlantic this season from 15 to 17, based on temperature and pressure conditions observed over the tropical Atlantic in June and July, and an active early season in the deep tropics.

Seven named storms have been observed so far this season, including Hurricane Fay, which became the first storm in recorded history to make landfall in Florida four times, and Hurricane Gustav, which made landfall as a Category 4 storm in Cuba on August 30, and as a Category 3 storm in Louisiana on September 1.

Because the team’s predictions are based on statistical models that use historical data from the past 60 years, Gray reminded residents that the forecasts indicate what this year’s hurricane activity is likely to be if the global atmosphere and ocean behave in the next few months as they have over the last 60 years. “No seasonal forecasts can determine when or where storms are going to strike, so coastal residents should take precautions during hurricane season and be prepared,” Gray said.

Despite the intense hurricane seasons in 2004 and 2005, Gray says the United States has been fortunate over the past few decades in experiencing only a few major hurricanes making landfall in Florida and along the East Coast. “Those years were anomalies,” he said. “We are in an active cycle in the Atlantic basin that is expected to last another 15 to 20 years. We believe this is part of a natural ocean cycle and is not the result of human-induced increases in atmospheric carbon dioxide.”