It Pays to Trust Your Instinct 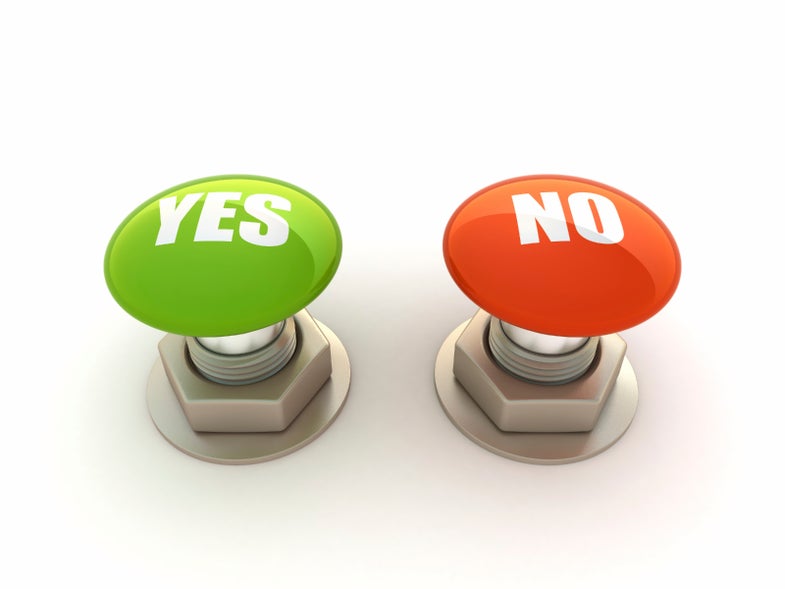 Whether you call it a hunch or vibes, a reckoning or a feeling in your bones, humans know the power of a nagging suspicion. Malcolm Gladwell’s Blink stands as testament to the fact that snap decisions often turn out much smarter than those following a thorough think. Now, neuroscientists say they’ve not only proven what they call “subliminal learning” scientifically, but have found the brain area involved.

The researchers, who are based at University College London, set up a computer game in which study subjects could win money. Players saw strange, complex symbols on a computer screen, and were told to predict which symbols consistently led to payout, and which led to penalty. Yet it was impossible to tell the symbols apart. The researchers designed them to look, to the conscious mind, identical. “Just follow your gut feelings,” the game instructions coached, “and you will win, and avoid losing, a lot of pounds!” Despite the challenge, subjects did manage to learn how to win—guided, apparently, by their instinct.

The team then measured brain activity with functional magnetic resonance imaging, or fMRI, as subjects went through the experiment. What lit up was a structure called the ventral striatum. Located near the center-front of the brain, this region has surfaced in many other studies as a major player in learning motivated by reward.

The notion that our subconscious can drive smart decisions is nothing new to non-scientists and scientists alike. In 1911, seminal animal intelligence researcher Edward Lee Thorndike had a hunch that if dogs and cats could learn without reasoning, so could humans. But remarkably, it took nearly a century to act on those suspicions—or rather, to design an experiment that could adequately test it.

The study appears in the current issue of the journal Neuron.