The Latest Anti-Drone Weapon Is A Pumpkin Cannon 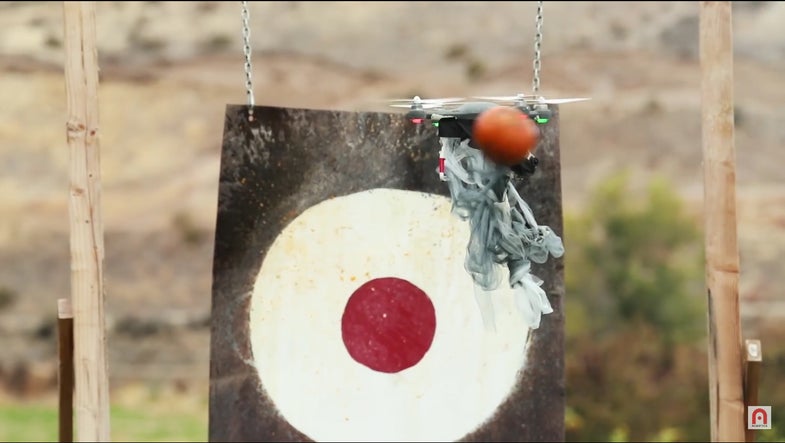 This may come as a surprise, but pumpkins are not a standard anti-air weapon. Heavy, squishy, and wobbly in flight, it takes a tremendous cannon to hurtle a pumpkin through the sky, and even then, most flying creatures or piloted craft can move out of the way. Unless, of course, it’s the drone’s job to get hit. In which case a pumpkin, fired from a cannon, can knock a drone right out of the sky.

Most quadcopters, especially of the entry level, boxy design, all look alike. So to distinguish models between manufacturers, companies give them distinctive colors, like gray or green or red, and fancy names, like Phantom or Ghost or Hero or Solo. Dronemaker Autel Robotics, whose own bright-orange quadcopter is sometimes dubbed the “flying pumpkin,” took this one step further, dressing obsolete drone models up in costumes to match their names, and then firing a bunch of pumpkins at them.

It’s a Halloween-themed delight. Drones, when they’re flown as targets, can be knocked out of the sky by just about anything, from hockey pucks to spears to, yes, airborne pumpkins.