Listen to the latest episode of our podcast! 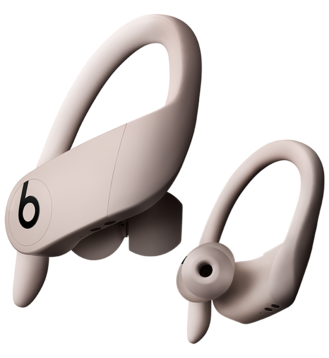 We get it. You spent all week trying to make a time machine so you could skip ahead and watch the last season of Game of Thrones already, but it didn’t work and now you’re a whole week behind on the latest tech news. It happens to the best of us. Luckily, you have us to help fill you in on the stories that slipped by while you were tinkering with the fabric of space-time to get your Tyrion fix.

Listen to the latest episode of Techathlon!

The first thing you should do is download the latest episode of our game-based tech podcast. This week we recap the news, learn some interesting stats about email, and roll around in the graveyard of dead Google services. Listen in the player above, subscribe via iTunes, or listen wherever you find quality podcasts.

Beats announced its version of the AirPods

It’s easy to forget that Apple owns Beats headphones, but we got a reminder last week when the company unleashed it’s $250 Powerbeats Pro, which share many of the same features as their AirPods kin, including the H1 chip. Look for a review later this month.

It has been a decade and a half since Gmail made its debut. Now, here we are, billions of emailed coupons from Yankee Candle and Amazon shipping notifications later. But, while one Google service was celebrating its birthday, Google+ slid quietly into the tomb that lies beneath the Google castle. The social network was never great and now it’s dead.

In its efforts to avoid dying like Google+, Snapchat added some new features, including one that makes buildings barf rainbows in augmented reality, and multiplayer games you can play with friends. Only time and your 11 year old niece will tell if the efforts are successful.

Security researches put together a demonstration that showed how medical scanning devices could fall victim to malware attacks. The attacks could result in bad diagnoses based on fake tumors showing up in test results.

Verizon turned on its 5G network in a few cities

If you live in Chicago or Minneapolis and you have Motorola’s 5G Moto Mod phone, you can now hop onto Verizon’s fast 5G network. Statistics, however, suggest you don’t fit that description so you’ll have to wait longer for your fast data.

If you want to enjoy one of Burger King’s signature burgers but you’re not interested in eating a ground up cow, the company’s new collaboration could be your ticket. BK launched a vegetarian version of the sandwich in St. Louis stores, but it could go wider if it’s successful.