It's about time we got that new MacBook Air 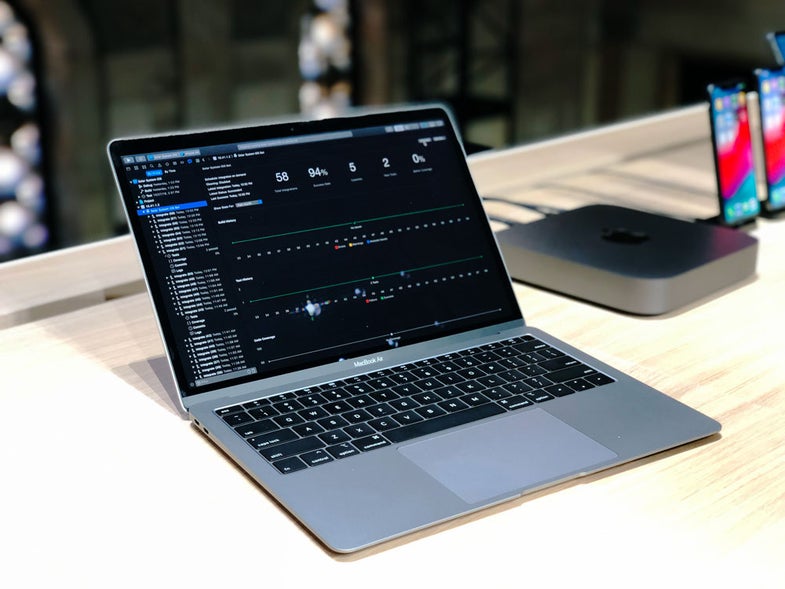 Tim Cook and his Cupertino pals beam back up to the Apple mothership that orbits the Earth, staying just out of sight by hiding behind the moon. But, look past all those shiny new Macs and you’ll find the tech world kept right on turning whether you paid attention or not. Here’s what you need to get you all caught up.

Listen to our podcast!

The Last Week in Tech podcast is taking a little break after this episode, so get your fill of informational fun with this week’s edition. We tackle the new Apple hardware, important reader tech questions, and whether or not the Twitter “like” button should stick around. Don’t worry, we’ll hammering away at your eardrums with our voices before you know it.

If you’re one of the many people who was eagerly awaiting a new MacBook Air to replace the relatively decrepit model Apple previously offered, last week was cause to celebrate. The new MacBook Air is most of what people hoped for, at least on paper. The event also birthed new, more powerful Mac Mini computers, and a total revamp of the iPad Pro line, which lost its home button and headphone jack but gained a USB-C port.

Thousands of Google employees walked out to protest sexual harassment

Last Thursday, Google workers on company campuses around the world got up from their desks and walked out to protest the company’s handling of sexual harassment cases. The backlash stemmed from a New York Times article from the previous week.

Amazon is giving everyone free shipping for the holidays

People are going to buy a lot of items online this holiday shopping season. In fact, some predict as much as a 13 percent increase in shopping during the pivotal “cyber week” that starts the Tuesday before Thanksgiving and ends the following Monday (or Cyber Monday). Amazon, of course, plays a huge part in that, but there’s stiff competition this year. Last week, Target announced free shipping for the holidays, and now Amazon has dropped the $25 minimum purchase for free shipping as well, so you can impulse purchase until your bank account is empty, even if you don’t have Amazon Prime.

Blizzard announced a heap of cool gaming news at Blizzcon

Few video game companies are big enough to pull off their own convention, but last week Blizzard gathered up developers and fans in California to announce new games and in-game content. Overwatch got a new Western-themed character named Ashe. Diablo is getting a role-playing game made specifically for mobile, and Warcraft III—the game that spawned World of Warcraft—is getting a total overhaul including 4K graphics and all new skins.

Flickr downgraded its free plan to get you to go pro

Once the mightiest photo sharing platform in the land, Flickr has had a rough decade. Back in April, another photo sharing service, SmugMug, bought Flickr from Oath (Yahoo! bought it in 2005), but didn’t change much. Last week, however, the company announced that free accounts would shrink from 1 TB of photo storage down to just 1,000 total images and videos. The company did, however, make the Pro account cheaper and better, offering unlimited storage and an ad-free experience for $60 per year.

If you have photos on Flickr now and you don’t plan to upgrade, you should go download your images because on January 8th, the company is going to delete everything beyond 1,000 images in your account, starting with the oldest stuff.

Sonos won’t get Google voice until 2019, but it did get pretty colors

You can currently use Alexa with your Sonos speakers, but Google Assistant has been in the works for months. Unfortunately, Sonos says that compatibility now won’t be ready until 2019. In a bit of good news, however, the company’s limited-edition HAY speakers go on sale today for $229 if you’ve ever wanted a fancy color to match your home.

Built for adventure racers and other people who are active enough to make you feel guilty as you sit on the couch browsing their Instagram stories, Jaybird’s new Tarah Pro headphones are waterproof, ruggedized, and last for 14 hours on a single charge. They’re $160 and available now.

Lie detectors are getting AI help, so practice your fibbing

Polygraph machines have always been sketchy when it comes to sniffing out a phony story, but now researchers are teaching AI to recognize when someone is lying. You may be surprised to find out some of the common tells unless you’re a regular on the World Poker Tour or you spent time in the CIA.

The marketing war between Pizza Hut and Domino’s has given us some surprising pizza innovations. The latest is Pizza Hut’s hydrogen-powered pizza truck that’s equipped with a pair of robotic arms and an oven for cooking on the go. It’s a concept, of course, and it will never see regular pizza delivering duty—at least in its current form—but we’re looking forward to finding out how this take-out pizza tech race turns out in the end. Five bucks says someone at Domino’s is currently exploring ways to send a meat supreme pie to the moon.