Last week in tech: The iPhone X is real and Polaroid is back from the dead

Catch up on the stuff you missed while Apple rolled out its new products. 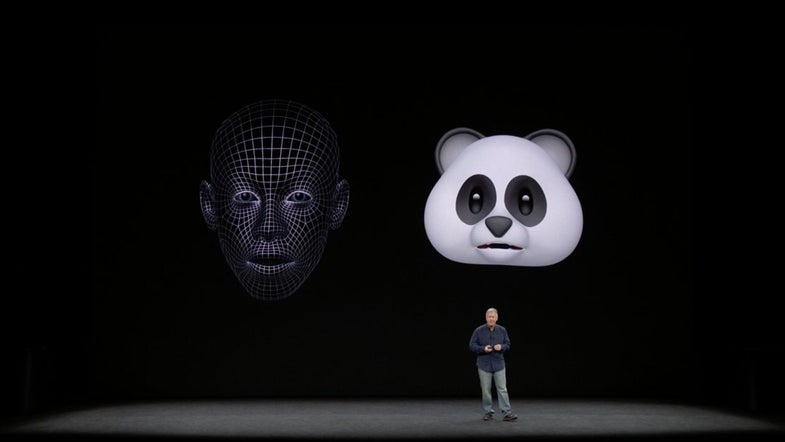 When Apple announces new hardware—especially new iPhones—it bulldozes the rest of the week’s tech news into an internet pit. But, life was going on elsewhere while Tim Cook and the gang were announcing the iPhone X and basking in the endless string of tech blog hot takes that followed. Go here if you want the rundown on the new stuff, then continue on for the tech stories that didn’t emanate from the Apple mothership.

You still shouldn’t shake the pictures

My favorite piece of tech news from last week comes in the form of a new Polaroid OneStep 2 camera and some of that iconic, semi-square instant film to go with it. The birth of the Polaroid Originals brand is powered by a company called Impossible, which picked up everything it could from the remains of the once-mighty Polaroid, including the materials, equipment, and intellectual property. Now, you can buy a modern OneStep 2 camera for $99, and film to go in it for roughly $2 per picture. You can also buy film for any vintage Polaroid camera you might have kicking around from when you were a kid. The mechanisms inside are simple, so most of them still work.

Last night, the Emmy Awards happened. I didn’t watch them, but it’s worth noting that Netflix and Hulu combined won a total of 35 awards for their original programming. Only HBO was able to top Netflix’s number of 20, which was more than CBS, Fox, and ABC combined. Stranger Things got zero awards, which seems borderline criminal.

Making tea is pretty easy: Boil water, put the tea in it, take the tea bag out, drink. But, this is 2017, and if you don’t have a small robotic machine making something for you, why consume at all? Teamosa is a $239 contraption that promises to use “ultrasonic extraction,” and uses paper “pods,” because all food comes in pods in the future. The design is nice and it promises a uniform brew every time, so it sounds at least a little more useful than the ill-fated Juicero machine that only squeezed juice from a bag for $400.

PlayerUnknown’s Battlegrounds broke the record for most concurrent players streaming on Amazon’s massive gaming-specific video site, Twitch. It edged out the multiplayer PC gaming megapower that is Dota 2. I would stream it myself, but I doubt anyone is interested in watching my character walk aimlessly for five minutes and then die pathetically.

You are the dancing hot dog

Remember the dancing frankfurter that took over Snapchat—and a good portion of the internet in general—earlier this year? Now you can take the place of that delicious character. Well, at least a cartoon version of you can. Your Bitmoji avatar can now wreak havoc in augmented reality as part of a feature the company calls Bitmoji Lens.

Jaybird announced two new sets of wireless headphones last week, including the Freedom 2 ($149), which is a follow-up to its already-popular design, and the Jaybird Run ($179), which is the company’s first pair of truly wireless earbuds. If only they would get rid of that oh-so-easy-to-lose proprietary charger.

Concept cars aren’t often included in Last Week in Tech because there are typically so many that they could easily dominate the list. Honda’s Urban EV Concept, however, is cool enough to make the cut. Honda is already a bit behind its competition in terms of electric vehicles, but this gas-free hatchback is built around the Honda Automated Network Assistant, which uses AI to analyze your driving and personality to tweak its performance.

If you’re still hurting from the pre-order nonsense that hindered Nintendo’s wonderfully nostalgic Classic Edition consoles, you might get some sweet, pixely relief. The company has announced that the SNES Classic will get a large production run and that the NES classic, which caused so much Christmas heartbreak last year, will hit shelves again in 2018. So, if you’re a killjoy trying to flip a bunch of systems for huge profits, you better start selling them soon.

Two ex-Googlers launched a company called Bodega last week and brought the ire of the internet down upon themselves. The company has a tone-deaf name, an unproven business model, and about as much bad hype as you could imagine for a single company. It spawned some truly epic Twitter threads.