HomePod has a problem, robots are adorable, and Bitcoin is just doing what it does. 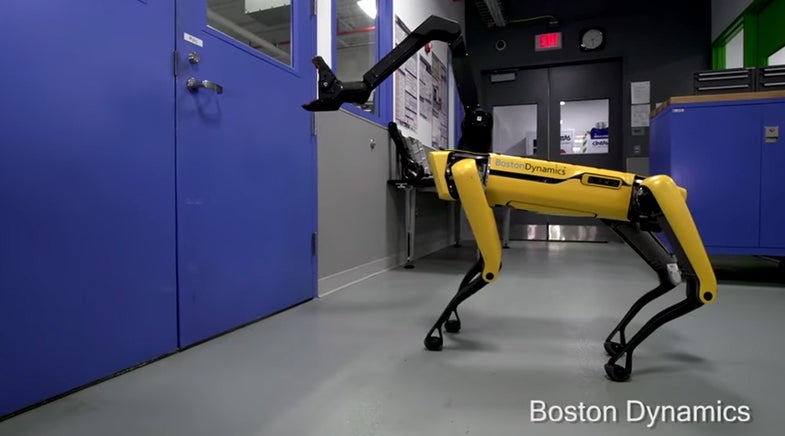 It’s President’s Day here in the United States, and that means most of you are probably out buying cars or mattresses, which are typically heavily discounted during this long weekend. So, while you’re waiting for that salesman to “check in the back” and see if they have anymore queen-sized pillow tops, cruise through this recap of last week’s big tech stories.

Tech blogs are full of tropes, but few are as well-worn as the “robots are going to take over and turn us all into organic batteries,” bit. This week, we got a new video of the quirky quadruped robot from Boston Dynamics. One dog-like bot opens and holds the door for another. If this kind of thing creeps you out, take solace in the fact that people overestimate how much we should fear our mechanical pals.

Robots had their own Olympics and it was wonderfully terrible

If you need more evidence that we shouldn’t be afraid of robots, watch this video of them trying to ski down a slalom course at the robot Olympics. Robotics teams competing in the Edge of Robot: Ski Robot Challenge send their creations careening down a mountain to results that alternate between impressive and hilarious.

The HomePod could use a coaster

The Wirecutter review of Apple’s high-end home assistant speaker noticed that the HomePod leaves a white ring on wood surfaces after just a short amount of time. As of right now, there’s still no official story about why that might happen, but Apple has issued a statement with a “fix” of not putting it on wood surfaces. This setback comes after the HomePod missed its original on-sale date, which was supposed to happen before the 2017 holiday rush.

Bitcoin bounced back, but Coinbase had a problem

I’m writing this early Monday morning and Bitcoin is currently on its way back up, recently crossing the $11,000 mark. Of course, if you’re reading this at lunchtime, it could have taken a drastic turn. No one knows. The rise is impressive in light of the fact that Coinable—one of the most common crypto exchanges—experienced an issue last week that drained the bank accounts of some of its users. The money has reportedly been refunded but users are still understandably unhappy.

Today we're launching some changes on Google Images to help connect users and useful websites. This will include removing the View Image button. The Visit button remains, so users can see images in the context of the webpages they're on. pic.twitter.com/n76KUj4ioD

If you’ve searched for photos on Google Image search over the past few days, you may have noticed that the results no longer off a “view image” button to take you directly to the photo. This is part of Google’s initiative to stop people from using copyrighted photos without permission from their creators, which is a result of a settlement with Getty. There’s now a “visit” button, which takes you to the original image page. That way, if the image is for sale, you can officially license it before cramming it into your PowerPoint presentation or using it to make “dank memes.”

All new iPhone apps will soon be iPhone X apps

The iPhone X’s screen is one of its most notable features for its high pixel density and the notch at the top that holds the Face ID tech. Starting in April, Apple will require all new apps submitted for sale on the app store to officially support the iPhone X screen specs. This won’t affect already-existing apps, so don’t get too excited if you’re still waiting for your favorite application to update, but it will apply to all new apps looking for approval.

Fujifilm made a really impressive camera 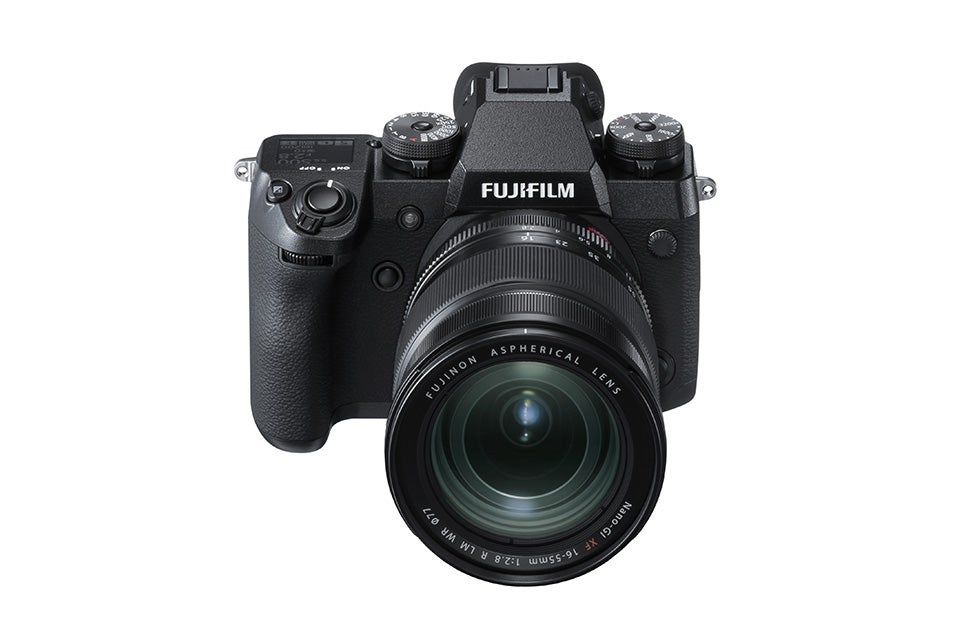 The X-H1 doesn’t skimp on the tactile controls, which photographers appreciate in a word full of touchscreens.

There’s a new flagship camera in Fujifilm’s excellent X-series camera line. It has a 24-megapixel sensor like its high-end siblings, but it has even more tactile controls, plus an LED display on the top for keeping track of settings in real time. It also has in-body image stabilization, which cuts down on motion blur from your shake hands. It will cost $1,899 when it goes on sale March 1.

Shaq is getting another video game

#Shaqfu is back! This Spring, take on the role of the unstoppable @SHAQ, a legend reborn, and fight your way through the hordes of Hell & Hollywood! We’ll be sharing a brand new trailer and the release date very soon! https://t.co/aBFbfkw2mO/ pic.twitter.com/x3WFqGaE6Q

Back in 1994, I loved basketball and video games, which prompted me to spend my limited funds on the Shaq Fu video game. It was a fighting game like Street Fighter and it was one of the worst video games ever made. Seriously, it was terrible. Now, a $450,000 crowdfunding campaign is giving one of basketball’s best big men another shot at gaming redemption. Shaq Fu: A Legend Reborn has been in the works since 2014 and is slated for release this spring. Honestly, the trailer doesn’t look great, but this seemed like a good time to tell everyone how sad I was back in ’94 about wasting my money on the first game.

Now, we’re headed off to Toy Fair in NYC to see all the new playthings. Do you think they will let us buy Beanie Babies with Bitcoins? Wouldn’t that be hilarious?