It was also an exciting week for cameras. 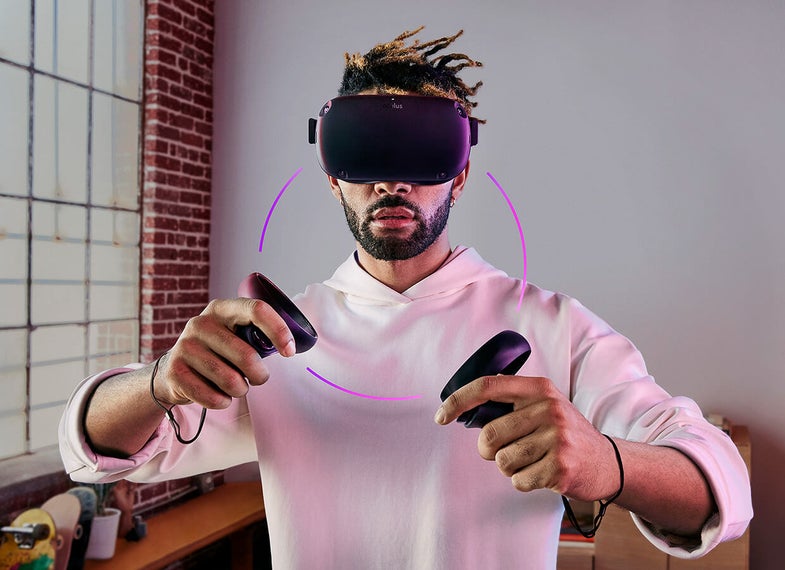 Last week’s batch of tech news ran the gamut from exciting new hardware to data breaches on a grand scale. It can be hard to keep tabs on all the new tech developments, but we’re here to help. Here’s a rundown of everything you may have missed while you were waiting eagerly for midnight on October 1st to put up your Halloween decorations.

Listen the latest episode of the podcast!

On this week’s episode, we talk about the new Oculus Quest VR headset that tracks you as you move around the room. We also discuss Gmail’s ambitions to write your emails for you, and discuss big tech acquisitions, including Sirius XM’s purchasing Pandora.

You can listen in the player above, subscribe on iTunes, follow us on SoundCloud, or add us to your Stitcher.

A Facebook hack put more than 50 million accounts at risk

Early last week Facebook figured out that an exploit of its “view as” feature allowed hackers to take over user accounts without having access to their usernames or passwords. The company reportedly fixed the vulnerability, told the FBI, and then alerted the rest of us on Friday. Facebook says credit card info is safe and, interestingly, so are the passwords, but it’s getting increasingly more appealing to bury all of our gadgets in a hole in the woods just as a precaution.

HP made a leather laptop

The high-end HP Spectre laptops have a reputation for lots of power in a skinny case, but the company’s latest version of a “luxury” computer is made of leather (on the outside, at least). Folded up, the Spectre Folio looks like a brown leather planner your lawyer might bring into a meeting. Inside, however, it has a 13-inch screen and a very substantial amount of processing power, centered around the new 8th-generation Intel Core i5 and Core i7 processors. Sadly, there’s no matching top hat or monocle accessories just yet.

In much better Facebook news from last week, the company introduced a new VR headset coming in spring of next year. It’s called the Oculus Quest and it doesn’t require a gaming PC to operate. It does, however, use an onboard array of four sensors to track your surroundings so you can move around your room and it will translate to in-game actions. Just make sure to tidy up first so you don’t end up stepping on an old pizza box and earning yourself a real trip to the ER.

If you subscribed to MoviePass, but then canceled when the company went back on its promise of unlimited movies for $10 per month (and almost every other promise it has made, really), then you might want to check your account status. A recent development has some zombie accounts coming back from the dead unless you opt out.

TiVo made a DVR for cord-cutters

The new Bolt OTA box from TiVo doesn’t care about a cable subscription. It has four tuners inside for recording content, including HD content pulled down from over-the-air antennas (hence the name). It can hold up to 150 hours of HD content and supports 4K HDR streaming. It costs $250 as well as a $7 monthly fee for the service (or you can pay $70 for the year).

It was a great week for digital cameras

Last week was the big Photokina trade show in Germany where all the camera manufacturers trotted out their new models. There were some really impressive debuts including Panasonic’s full-frame mirrorless cameras, which surprised most of the industry. Right now is a really awesome time to be a camera nerd.

The SEC punished Elon Musk for his tweets

Elon is no longer the chairman of Tesla because he tweeted a 420 weed joke that also happened to reportedly mislead investors. Remember, everyone, Twitter is serious business.

One day, we’ll all cyber-commute to work by jacking into the Matrix in the morning after having our coffee. Until then, we can use apps like the new Google Maps update. It can now tell you if your regular route will experience delays and show you, in real time, where your train or bus is and when it will arrive. You can also now control music from streaming services right in the Maps app. Just be sure to look up from your phone while crossing the street.