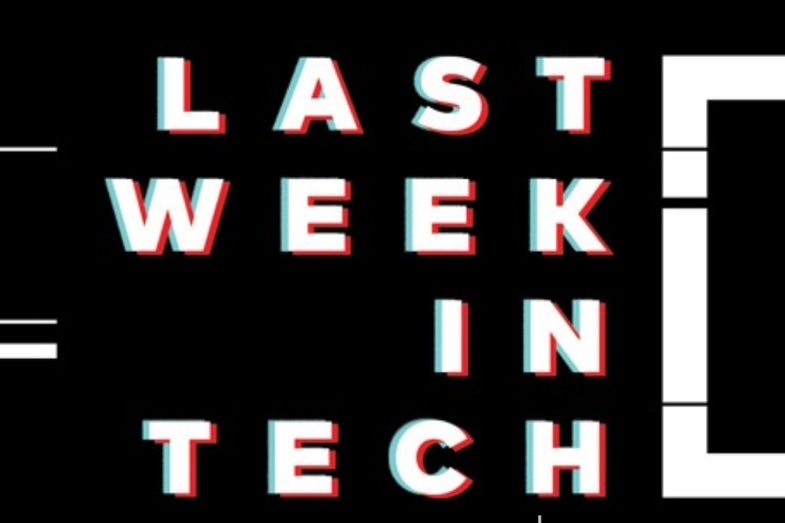 Spring is a wonderful time. Flowers start blooming, allergies begin their annual assault on our faces, and big tech companies kick off their annual developers conferences to show off projects they have been working on while we all hibernated our way through winter. The first company up was Facebook, which put on its F8 conference last week, giving us a look at a ton of new stuff including a new baked-in dating service. Keep scrolling to get caught up on last week’s big technological developments.

On this week’s Last Week in Tech podt, we get into the pros and cons of Facebook’s new features, like a redesigned messenger, a controversial dating service, and the possible death of the newsfeed. We also discuss Apple’s surprising iPhone X sales numbers and, in light of some recent incidents, the state of air travel safety. You can subscribe on SoundCloud, iTunes, and Stitcher.

Oculus Go is ready for your face 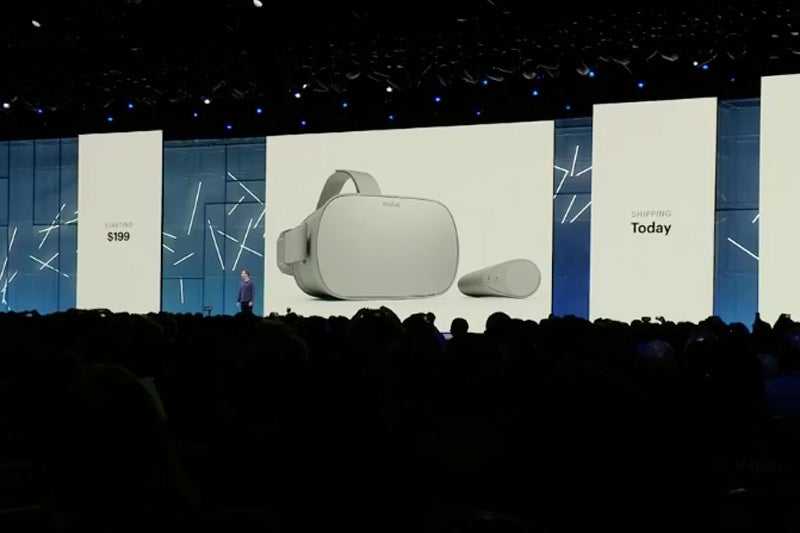 Facebook’s $199 VR headset is ready to help you ignore people wherever you go.

We’re still waiting on VR to truly reach mainstream viewers, but the Oculus Go could be a big step in that direction. The $200 standalone headset doesn’t need your phone or a powerful computer to work, and it fits comfortably—as if your face could somehow sit on an oversized couch. You can order it directly here.

We recently found a bug that stored passwords unmasked in an internal log. We fixed the bug and have no indication of a breach or misuse by anyone. As a precaution, consider changing your password on all services where you’ve used this password. https://t.co/RyEDvQOTaZ/

Last Thursday, Twitter announced that the passwords for all of its users were exposed in plain text on internal servers. According to the company, there hasn’t been a breach of any kind, but you should still change things up in the interest of safety.

In light of Uber’s recent fatal self-driving car accident, last week’s headline about a Waymo autonomous vehicle wreck sounds especially ominous. This time, however, the incident involved two cars, both of which were actively driven by humans. According to the report, a Honda ran a red light, then swerved to miss a car in the intersection before driving over a median and smashing into the Waymo minivan. Neither driver sustained life-threatening injury.

You’re going to wait a long time for Vine 2

In January of last year, Twitter shut down Vine, a social network dedicated solely to sharing ultra-short, looping videos. The service had some truly dedicated fans and content creators, which is why co-founder Dom Hofmann announced that a new version of the service was in the works. Unfortunately, it looks like the project is on hold for a very long time. The new Vine will enter a world where almost every social-media platform has a “stories” feature, which makes converting people to a new system a big chore.

It appears tech guru and former Simpsons guest star Elon Musk was in a strange mood last week. He was so combative in the Tesla earnings call that the company’s stock dropped, even though it only lost $784.6 million when analysts expected it to lose even more. Elon also tweeted that he was starting a candy company and that he’s building a “cyborg dragon.” It’s possible he’s working on something interesting, or he just wanted every tech blog around to race and write about his oddball behavior for the millionth time.

We know Facebook is relying heavily on AI to help moderate its content, but the company revealed some interesting information about how it’s training those robots. It used billions of publich Instagram photos with hashtags to give the artificial intellgence an idea of what it’s looking at.

Hulu will let you download stuff to watch offline

Way back in 2016, Netflix started letting customers download content to watch when they’re not connected to the internet. That’s how I watched the new Lost in Space over the course of a few long flights (micro-review: it looked great, but the story gets exhausting). Now, streaming service Hulu has officially announced it will offer content downloads as well. Hulu differs from Netflix in that it offers current episodes of popular TV shows from the big networks. There’s no specific start date for the downloads, but when it does launch, it will be “ad supported” which means you may see that Siggi’s yogurt ad 100 times no matter where you watch.

Two of the big mobile carriers tried to tie the business knot back in 2014, but the deal failed because of its possible effects on competition in the marketplace. Now, however, the companies are trying again, citing changing market conditions and the impending rollout of 5G networks as differentiators. The Justice Department still has to approve the deal, which will still be tricky, so don’t expect to see that “Can you hear me now?” guy in a pink T-Mobile shirt just yet.

In honor of 20th anniversary of iMac launch I am wearing this not lousy T shirt. pic.twitter.com/puVL2ZzbJs

Two decades ago, Steve Jobs introduced us all to the iMac. That adorable little computer with the handle on top is widely regarded as the product that saved Apple when the company was struggling. So, pour out a little Sobe (Surge or any other era-appropriate drink will work) to commemorate the occasion.