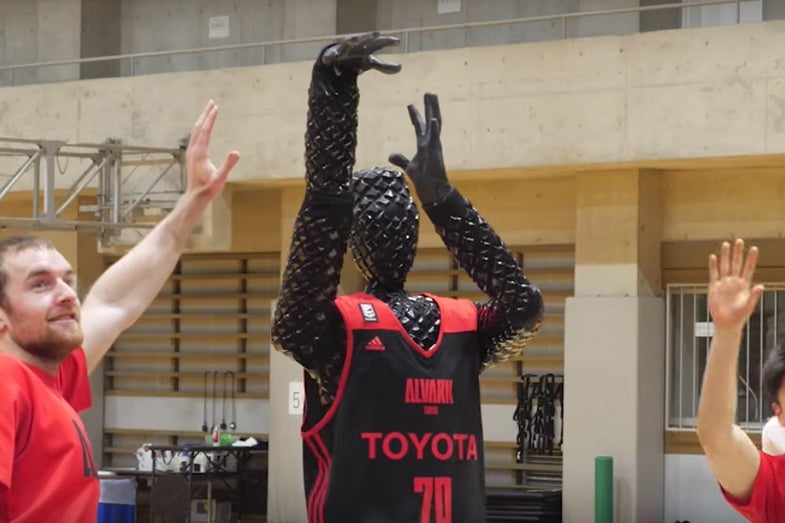 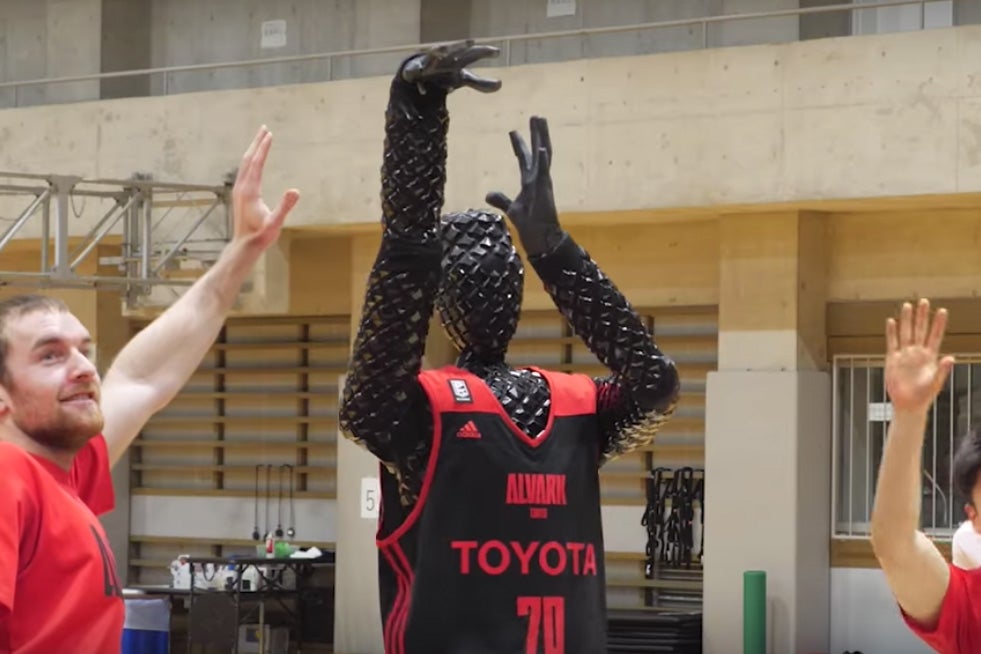 There are a ton of great basketball player robot puns and I will list them here:

Right now is the most exciting time in college basketball. In fact, March Madness is so exciting that analysts expect it costs business billions in lost productivity as employees spend time filling out brackets, talking about games, and even streaming the action during work hours. With all that going on, it can be hard to keep up with the latest tech stories, but we have you covered. Be sure to check out this week’s episode of the Last Week in Tech podcast! Listen below or check us out on iTunes!

Facebook’s impact on the 2016 election got even more complicated

On Friday night, Facebook released a statement banning Cambridge Analytica, a data operations team that worked on the Donald Trump campaign for breaking the social network’s terms of service regarding data collection about users. It’s not a typical breach—in fact, Facebook is careful to point out that it’s not technically a breach at all—but reports say information about likes, locations, and names are compromised for up to 50 million users. Check out The Intercept’s reporting on the subject here. 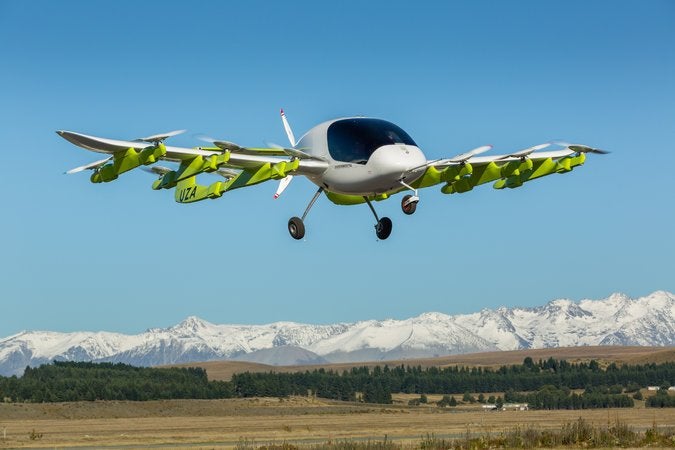 A company called Kitty Hawk unveiled its new autonomous air taxi in New Zealand and it has a few different features that make it unique and interesting. The all-electric craft doesn’t require a human pilot and can carry a passenger up to 62 miles on a charge at speeds up to 110 miles per hour. It takes off vertically, like a helicopter, but flies more like a plane, which makes the whole thing feel like something a supervillain would use to get around in a Saturday morning cartoon from the ’80s.

Until recently, the residents of Plattsburgh, New York had some of the cheapest electricity bills in the country, with a price of 4.5 cents per kilowatt-hour. That’s less than half the average cost in the United States, which is roughly 10 cents per kilowatt-hour. An influx of cryptocurrency miners with their power-hungry mining computers, however, caused the city to churn through its monthly allotment of 104 megawatts in January and February, which pushed up utility bills thanks to overages. As a result, the city has decided to ban new crypto mining operations while it tries to figure out how to let them operate without sticking regular citizens with price increases that have reportedly gone all the way up to $200.

Ecobee made a light switch with Alexa inside 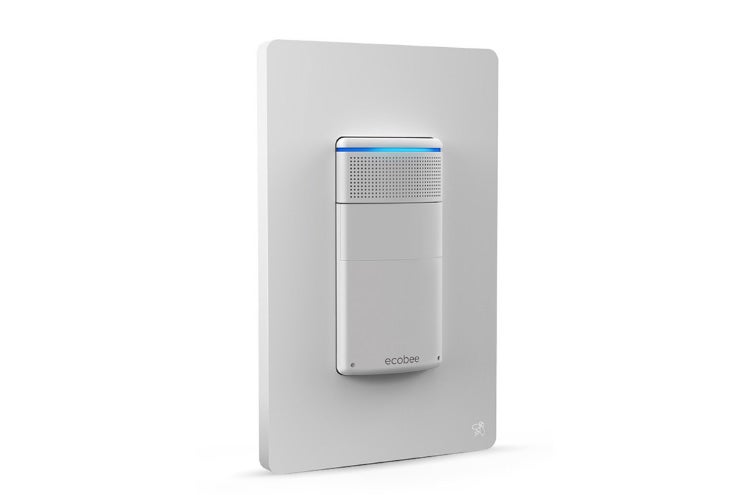 You can touch this light switch if you want, but it’s better to shout at it.

The Ecobee Switch+ mounts to your wall like a typical light switch, but it acts like a full-on Alexa smart assistant, complete with its own tiny speaker. It’s like having a mini Amazon Echo built into the wall. You can control the lights attached to the switch with voice commands, through the Ecobee app, or by using the button on the $100 switch’s face. You can pre-order it here.

Apple is throwing an education-themed event on March 27

We probably shouldn’t expect any truly earth-shaking Apple announcements until its developers’ conference, WWDC, in early June, but the company is throwing an event on March 27 geared toward educators and students. Rumored announcements include the rebirth of the MacBook Air as a value-oriented machine that starts around $800, as well as cheaper versions of the iPad that could lower the barrier of entry for schools.

Lyft is working on subscription plans for ride sharing 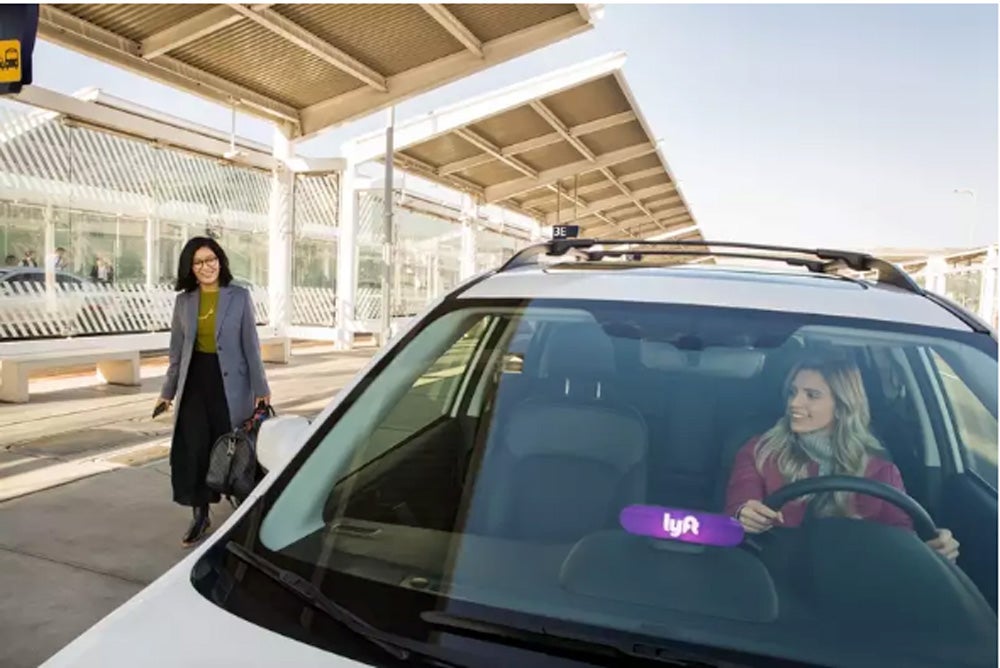 I like to imagine this Lyft driver is playing that game where she drives away a little every time the rider tries to get in the door.

How much would you pay for unlimited Lyft rides every month? What if you got an allotment of 1,000 total miles of transportation? That’s the kind of thing Lyft is proposing with its new subscription model, which someday could rely on self-driving cars to keep costs low. Check out our full explanation here.

Basketball free throws are exactly the kind of task for which robots are optimized and humans are not. It’s all about minimizing variables, which is why this bot, which some Toyota engineers created, doesn’t really miss when you pass him the rock. It’s not a very pretty shot, but it helps me look forward to 50 years from now when full-on athlete androids are dunking on a 30-foot hoop and swishing 50-foot jumpers during the Robo-NBA playoffs.

Drake played video games and a ton of people watched

Fortnite is dominating the video game streaming world at the moment, and that’s due in-part to Canadian rapper Drake. He dropped into a stream by popular Twitch user Ninja and racked up 628,000 concurrent viewers, which crushes the old record of 388,000.

Logitech made some light-up speakers

Gaming companies have been putting colored lights on hardware for decades, and the flashy appeal apparently hasn’t worn off. Logitech’s new G560 speaker system includes a speaker that sit on top of your desk, as well as a subwoofer, in what’s called a 2.1-channel system. The desktop speakers have customizable lights inside that you can set to different hues, or they can take cues from whatever’s on screen in an attempt to make the lighting match the mood of the game. It’s tied into Logitech’s existing Lightsync system, and it’s working with developers to integrate the lights into their games. I wonder if Drake would use something like this the next time he plays Fortnite.

Google made its Home Routines live

If you’re still shouting lots of voice commands around your house, you should take a few minutes to set up the multi-step routines that all the major platforms now support. Whether you use Alexa, Google Assistant, or Siri as your invisible butler, take a few minutes and check out our guide to making your smart home easier to use and actually smarter.

Fitbit has a pair of new fitness trackers

We’re now firmly in the era of the smartwatch, which makes things complicated for dedicated fitness trackers. But, Fitbit has a pair of new products, including the Ace, which is meant for kids, and the $199 Versa, which lacks GPS, but adds several features, including menstrual cycle tracking, and has a lower price point. Check out our first impressions of the Versa, here.