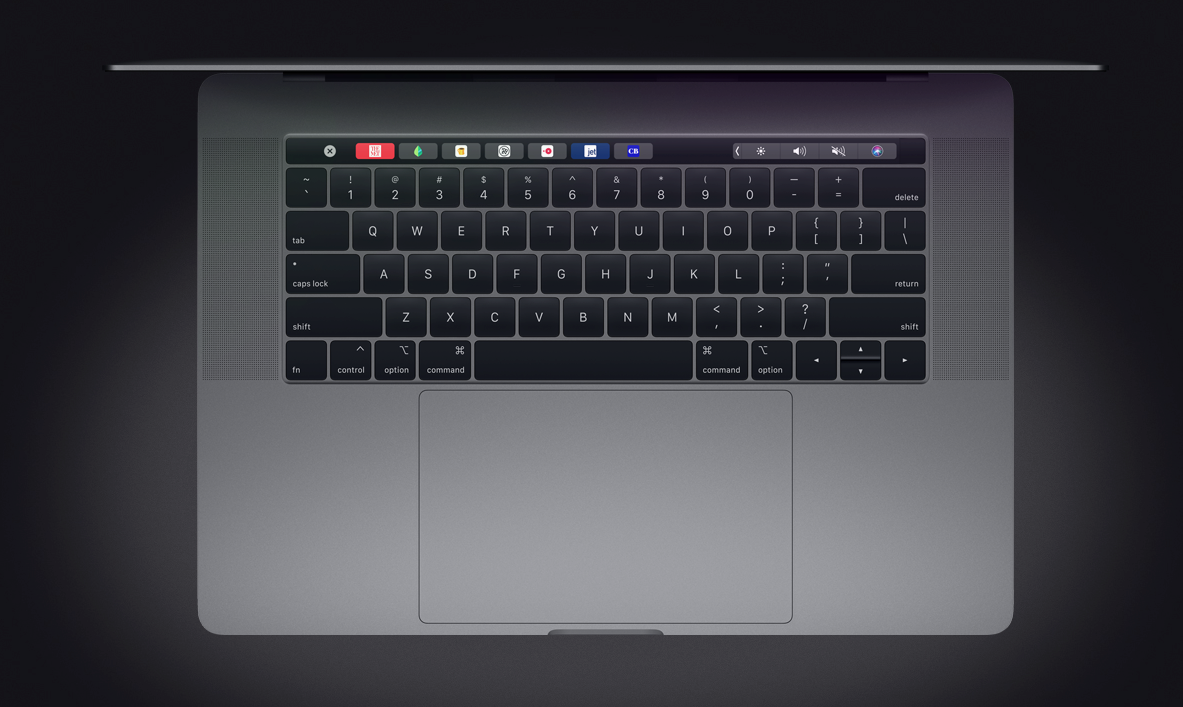 There are two kinds of Apple news. Sometimes, there are blockbuster announcements that take over the news cycle with blog posts that explore every possible angle—like when there’s a new iPhone. The other kind of Apple announcement is quiet. Usually it’s a spec bump for a pre-existing product and the loudest reactions come from people who literally just ordered a new laptop and now, of course, there’s an updated version.

This week, however, Apple announced a spec update for the MacBook Pro that included the claim that it has fixed the troublesome keyboards, which have caused so much frustration with their propensity to die at the hands of a single errant crumb. Claims of a fixed keyboard were a big deal, and we’re hoping it really is ready to rock this time. But Apple wasn’t the only big news in the tech world this week. Here’s a quick recap of everything you missed before you head into this Memorial Day weekend.

If you’re road tripping this weekend, be sure to grab a couple episodes of Techathlon before heading into the car. Our gameshow-style technology podcast is packed with useful information, sarcasm, and coworkers trying to mask their growing animosity toward one another. This week’s topics include a trip back to the tech of 1997, some surprising stats about air travel, and the trivia Decathlon for you to play along with.

You can listen in the player above, subscribe on iTunes, add us on Stitcher, keep up on Anchor, or join us on Spotify. You can also follow us on Twitter and tweet us photos of your Memorial Day barbecue foods.

According to a report from Bloomberg, Amazon is working on a companion voice assistant to Alexa that would live inside of a watch-like device and listen to your voice for cues about your emotional state. Presumably, it can use that information to tweak your smart home devices or advertise stuff you can buy to fix your mood. For instance, right now, it would probably turn up the AC in my house and order me a puppy to cure the emotional pain of trying to get work done the Friday before a holiday weekend.

Facebook’s cryptocurrency could be called Globalcoin

The big, blue social media network has had ambitions about cryptocurrency for some time, but now we’re starting to find little details about the plans. A recent report claims it could be called Globalcoin and show up in 2020. It will be good to have a one-stop shop for all your money and all your high school friends who you regret friending back in 2010 because they never stop complaining about their annoying kids.

It fits in your pocket. It's got a black and white screen. It includes a season of brand-new games from amazing creators. Oh and… there's a crank???? https://t.co/WiIPUkpjSq//

Earlier this week, a device called Playdate popped up on Twitter. The device looks vaguely like a GameBoy with a directional pad and two buttons, but it also has a black-and-white screen as well as a crank on the side. The $150 device will come with a dozen games that will unlock one at a time over the course of several weeks. It looks like fun, but I hope the people who sit next to me on the train don’t mind getting jabbed with my cranking elbow.

These deep fake videos made from one picture worried everyone

Deep fake videos use AI to make it appear like people—often celebrities—are saying and doing things on-camera that never actually happened. Unfortunately, that process is getting easier. The video above shows a demo in which researchers can take a single image of a person and manipulate parts of their face to make it look like they’re talking on video.