Last week in tech: Lots of new smartphones, a backflipping robot, and the rise and fall of Momo 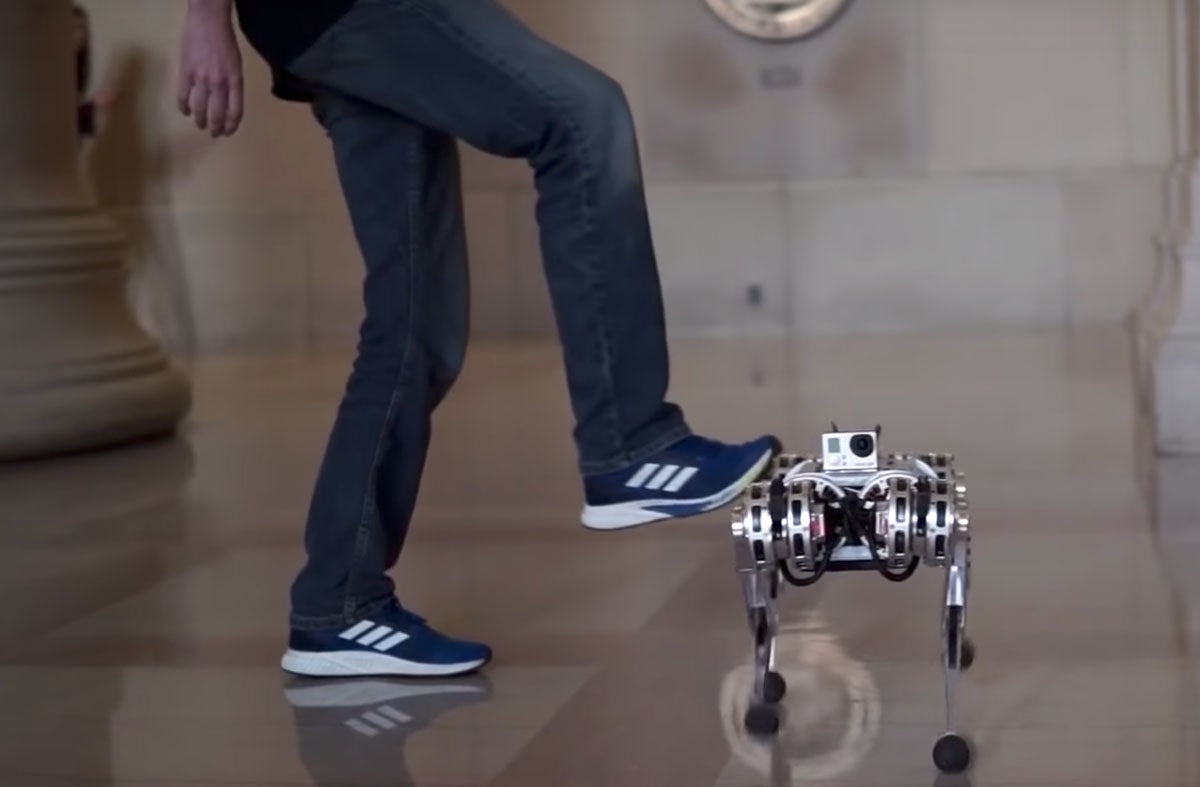 After a few tame weeks in the tech world, last week was a rager. Not only did Mobile World Congress drop a ton of new gear on us, but we got a full-blown YouTube panic pegged to a mythical creature known as Momo. Here’s a look at what you probably missed while you were waiting for 5G phones to arrive or hiding under your covers from the scary internet monster.

You probably couldn’t make it to Barcelona last week, but smartphone makers converged on the city and brought with them a wide variety of new devices, some of which have 5G, others that fold up, and some with cameras scattered all over them. You can see some of the highlights in this gallery.

The Momo challenge took over the news

News outlets all over the country last week touted the rise of the “Momo Challenge,” a supposed YouTube phenomenon that was encouraging kids to harm themselves with messages hidden in Minecraft and Peppa Pig videos. It turns out the whole thing was mostly a hoax, but the picture still creeped everyone out by tricking our brains.

If you think Facebook Messenger would look better on a dark background, you can make sure your app is updated and then send someone the crescent moon emoji in a chat. It will unlock the new Dark Mode, which could be easier on your eyes and might even save you some battery life, especially if you have an OLED screen in your phone like Samsung and the iPhone X series do.

This Mini Cheetah robot can do backflips

We’ll watch four-legged robots like the one from Boston Dynamics do pretty much anything, but MIT’s new Mini Cheetah bot knows some seriously impressive tricks. Lazy tech writers call it the harbinger of robots exterminating humans, but I think it looks like the foundation for a pretty great little coffee table that could help me never have to reach for the remote again.

Until last week, Amazon would sell you an internet-connected button that you could keep in your home and every time you pressed it, the company would ship you a retail product you associated with it. You could have a button that orders more tissues or laundry detergent, for instance. Now, Amazon is discontinuing those programs, which means you’ll have to yell “Alexa, I’m out of toilet paper,” out loud instead—or just buy stuff through your phone or computer like a normal person.

Last week, Volvo showed off the new Polestar electric vehicle, but the new Tesla crossover will show up on March 14th. We’re expecting a slightly more spacious vehicle than the Model 3 (Elon Musk says it’s about 10 percent larger) with less range per charge as a tradeoff.

Ultimate Ears will let you design your own Boom 3 speaker

The UE Boom is one of the best Bluetooth speakers around. Now, UE will let you pick out the colors for your own version with an online design studio that’s like Nike’s ID program. It’s always nice to have the option, but I prefer to let the professional pick my colorways.