It's OK to be bad at the super-popular new video game. 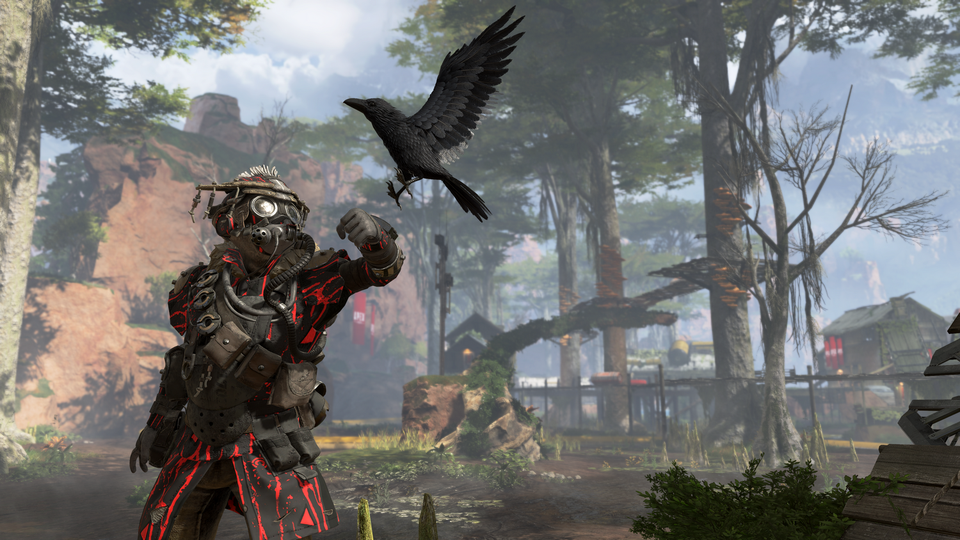 These last week in tech posts usually drop on Monday, but yesterday we introduced our fancy new podcast, Techathlon. If you haven’t listened to it, subscribed to it, given it a great rating, listened to it again, then bought your grandma a smartphone so she could do the same, we’ll wait while you do those things now.

OK! With that done, let’s dig into the biggest tech stories that popped up last week while you were busy wondering if it’s OK to put your snow shovel away yet (it’s not).

A new battle-royale-style game has started stealing some of Fortnite‘s seemingly unstoppable momentum. Apex Legends is a more mature version of Fortnite‘s cartoony nonsense. It’s free to play on most of the big platforms right now, which helps explain its speedy growth. Pro tip I learned from my short time in the game: Get a middle schooler to help you because they’re great at it.

Right-clicking in Gmail is about to get better

Starting later this month, right-clicking on messages in Gmail will let you perform all the functions you’d expect, including reply, forward, archive, or delete. Finally.

Smart homes rely on your Wi-Fi network to control your gadgets, set your alarms, and answer your kids homework questions when you’re not paying attention and they want to cheat. This week, Amazon bought Eero, an ambitious hardware company that makes networking gear to sling signal around your home. No one is sure how it will shake out just yet, but reactions vary from “this is the end of privacy and the world as we know it,” to “oh, neat, now Echo devices can also be mesh network points.” It’s probably somewhere in between.

Japan has been collecting e-waste in hopes that it could harvest enough recycled metal to make the medals for the upcoming 2020 Olympic games. According to an announcement last week, municipal authorities are on-track to hit their goals with nearly 50,000 tons of e-waste already collected. We won’t know what the medals will look like until this summer, however.

An executive order rolled off the president’s desk on Monday outlining some vague plans about America’s path forward when it comes to artificial intelligence. The order didn’t provide any new funding, but it did lay out some guidelines about establishing standards and encouraging young people to enter the field down the road.

The new Lightroom has a real CSI-style “enhance” feature

Digital cameras don’t see in color. Rather, each pixel has a colored filter in front of it (red, green, or blue) and then the camera has to crunch that data information to figure out what the colors should actually look like. The new version of Adobe’s Lightroom photo editing software claims to have figured out a better way to mash this data from raw photo files to scrape out more details in the photo. It’s not exactly magic, but the results do seem to make a difference.

Have you ever cruised the corporate wasteland of your LinkedIn page and thought, “wow, I wish I could see and hear all these people I don’t really know in real time.” Well, that’s coming down the road in an invite-only feature called LinkedIn Live. Soon, you can see videos from influencers, corporate CEOs, and your mom’s friend Debbie who has her own dog grooming business and you only accepted her invitation because your mom asked you to.

People are mad about a sex button

LoveSync is a pair of buttons that couples (or really any number of people, really) keep in their private quarters. If they’re feeling romantic, they push the button. If the other person also pushed their button recently, it’s a match and things get R rated. It’s received a lot of criticism online, but my go-to line is “Yes, hello, would you like to make smooches?” So maybe this thing is perfect for some people.

Remember the company that wanted to send people to Mars and then make a reality show about them as they learned to live, love, and get used to the taste of their recycled pee drinking water? Well, it’s bankrupt. Sorry. Looks like the Fyre Fest: Mars edition is canceled.

The yawn emoji made us yawn

We met all the new 2019 emojis last week and one of them is a yawning face. It might make you physically yawn. You might be yawning right now. Sorry.