Last week in tech: Alexa, tell me about the gadget news I missed

New devices from Amazon, a rolling robot, and our shameful musical history. 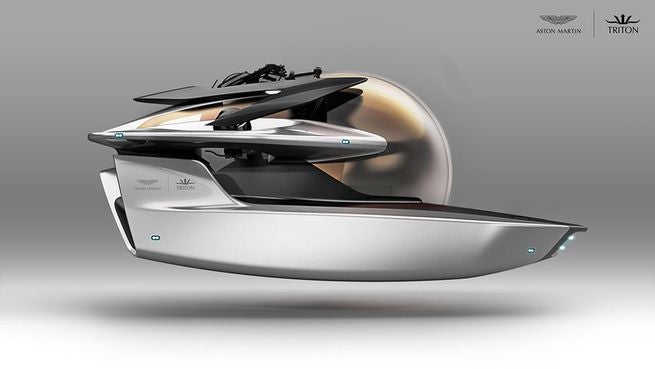 We’re hurtling toward the holiday shopping season, which means companies are putting the finishing touches on their gadgets and getting them ready for the impending crush of consumerism. This week, we met a bundle of new Alexa-based products from Amazon, and Spotify sent everyone on your friends list into a full-on nostalgia bender. Here’s what you might have missed last week.

Amazon gave the Echo smart speaker lineup a near-total refresh last week. Taking the place of the old $179 Echo are two new devices: an adorably small $99 Echo speaker, and a $150 Echo Plus—which has bigger speakers and more advanced smart home controls. But wait, there’s more. The $129 Echo Spot comes with a small, round screen and a camera for making video calls. There’s also a new Fire TV 4K to round out the offerings. All these devices start shipping soon and will be happy to help you spend more money on Amazon in the most convenient way possible.

You don’t need to buy a new Echo to get the speaker’s best new feature, though. Multi-room audio works right now on the old Alexa-speaker devices, so check that out if you haven’t already.

GoPro announced its new camera lineup last week, including the HD Hero6, which adds a lot of power to its flagship action camera to enable things like 240 fps slow-motion at full HD, and 4K capture at 60 fps. The company also finalized its first consumer-oriented 360 camera, the $699 Fusion. It shoots 5.2K footage from two cameras—one on each side—to create panoramic footage and images that can be experienced in VR or tweaked to create mind-bending 2D videos. Your nephew’s skateboarding videos are about to get really trip.

How shameful is your musical past? Spotify is keen to remind you of your short-lived swing music phase with its new Time Capsule. It’s a natural extension of the Discovery playlist and include 30 songs from your listening history. Mine was full of ’90s hardcore, pop punk, and Get Up Kids songs, so it knows what it’s talking about.

The Nebula Capsule from Anker is about the size of a soda can and contains a Bluetooth speaker as well as a full-on projector. It has a resolution of 854 x 480 and can throw a picture on your wall that’s up to 100-inches. It’s battery-powered, so brightness is limited, but I saw one in person this week and was impressed by its performance. The Nebula is currently on Indiegogo, where it raised nearly 10-times its $50,000 goal with a month left to go. It costs $269 if you jump in now, or $349 if you wait.

Snap and Google are putting on a contest to allow teens to code an official lens for the Snapchat app. The contest is called #MyFutureMe and five finalists will be attending the TEDWomen conference in New Orleans this year. Hopefully it will result in the next big trend in dancing AR hot dogs.

Aston Martin is working with Triton submarines on a $4 million, three-person craft that can travel up to 3.5 MPH. It’s perfect for pulling up to other, less fancy submarines and doing the whole “Do you have any Grey Poupon?” bit.

Virtual insanity (not the Jamiroquai song)

AMC Entertainment is bringing VR into its theaters as part of a partnership with an LA startup called Dreamscape Immersive. The installations will be location-based VR centers that put on full virtual reality experiences that happen in contained environments. It will have touches like a haptic floor to give feedback and even things like fans to create wind and smells.

If you’re a Lego nerd, it’s about time to start looking for tickets to Denmark. The company has built an 130,000 square-foot Lego playground that includes restaurants, galleries, and play rooms with a total of 25 million of those wonderful plastic bricks. If you can’t swing the cost of traveling there, you can buy a Lego model of the Lego House to build at home.

Sphero Mini is a smaller version of the robotic ball toy that has always been way more fun than it seems on paper. About the size of a ping pong ball, the Sphero Mini can be coded using the simplified Spark app, which lets kids code with a visual interface as a gateway to full-on Javascript. It cost $50 and will be great fun until the family cat pounces on it and knocks it under the couch.