Last week in tech: A $435,000 AI portrait, the good Twitter bots, and how a house survives a hurricane

Plus, we talk about the new iPhone XR as the default iPhone on our podcast. 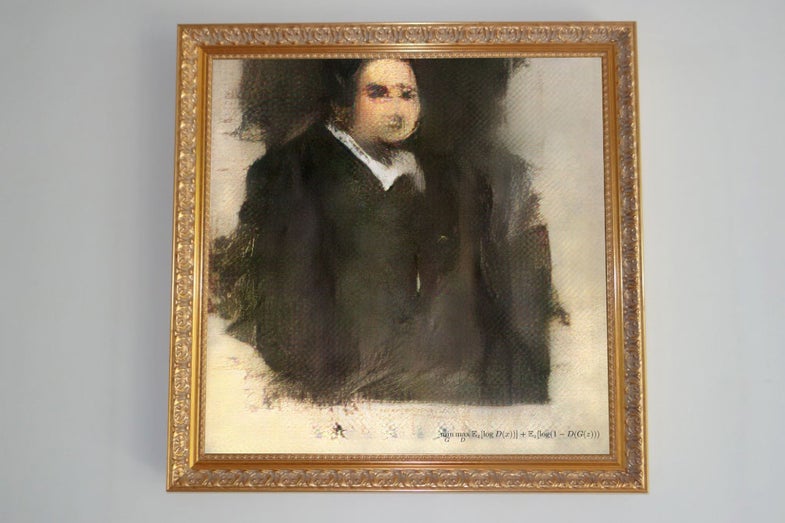 There’s a lot to do the week before Halloween. You have to put the finishing touches on your outfit, stock up on candy for trick-or-treaters, and “like” all those photos your friends posted over the weekend from various parties. Don’t worry if all that preparation made you fall behind on all the week’s tech news. Here’s a recap of what you missed, plus a podcast that you can listen to as you try to drive to a Halloween party in an enormous and uncomfortable costume that makes you look like one of the dragons from Game of Thrones.

Listen to our podcast!

You may have noticed that Last Week in Tech showed up in your podcast feeds last Friday instead of this Monday. We’re switching up the schedule a little as we move offices. This week’s episode has a rundown on the iPhone XR and its new position as the default iPhone. We also talk about the Facebook Messenger redesign which focuses on simplicity, as well as the future of internet privacy.

You can listen in the player above, subscribe via iTunes, follow us on SoundCloud, add us on Stitcher, or listen pretty much anywhere they have really awesome podcasts.

Extreme weather is picking up in frequency, which means engineers and architects have to crank up the stability if we want beach houses to survive. We took an in-depth look at how one home withstood the ravages of a recent hurricane.

One of the biggest video games of the year finally made its way onto to TV screens this week. Rockstar’s massive game open-world game currently has a 97 rating on Metacritic, so if any of your gamer friends decided to skip your Halloween party, it’s probably because they’re at home playing this.

#AuctionUpdate The first AI artwork to be sold in a major auction achieves $432,500 after a bidding battle on the phones and via ChristiesLive https://t.co/XiDVxVGa1n/ pic.twitter.com/7dxirT55i8

An algorithm scanned a bunch of classic artwork and spit out the smudgy thing that resembles a painted portrait. It went up for auction at Christie’s and someone reportedly paid nearly a half million dollars for it. It’s all very typical of the art world—maybe they can get Banksy to sneeze on it and drive the price up a couple million bucks.

If you were wondering what the “R” stands for in the iPhone XR’s name, you’ll be interested to know that it doesn’t mean anything. Apple’s Phil Schiller told Engadget that the letters in the names never stand for anything specific.

Google now includes a Discover Feed on its mobile homepage

The Google homepage has always been a wonderfully simple refuge from the cluttered mess of the internet. It’s just a logo, a search field, some light navigation, and a whole lot of white. Now, however, Google has started populating its mobile home screen with a feed of stories it thinks you might want to click on. It’s a feature called Discover My page was populated by a variety of general tech stories, some of which were a couple days old. It’s better than a whole bunch of ads, but that seems like it can’t be far off.

Wi-Fi may get faster

The FCC is working on a proposition to expand the available spectrum bandwidth available to Wi-Fi devices, which could help alleviate slowdowns associated with crowded networks.

Twitter has been cleaning house on bad bots lately—it nuked 9 million of them in the last quarter alone. But, it’s important to remember that not all bots are bad. In fact, some of them are informative or fun.

Last week, photos of Justin Bieber eating a burrito sideways showed up on the internet. It was confusing. He was taking a bite out of the side like a person who had never seen a burrito before. Twitter went nuts about it and now we found out that it was all [a big prank] for YouTube hits(https://www.theverge.com/2018/10/29/18037402/justin-bieber-burrito-yes-theory-prank-youtube/) and it worked just as it was intended.