Tech news you may have missed: the Apple Sneaker, WWDC, and Taylor Swift

A week of tech news in about two minutes. 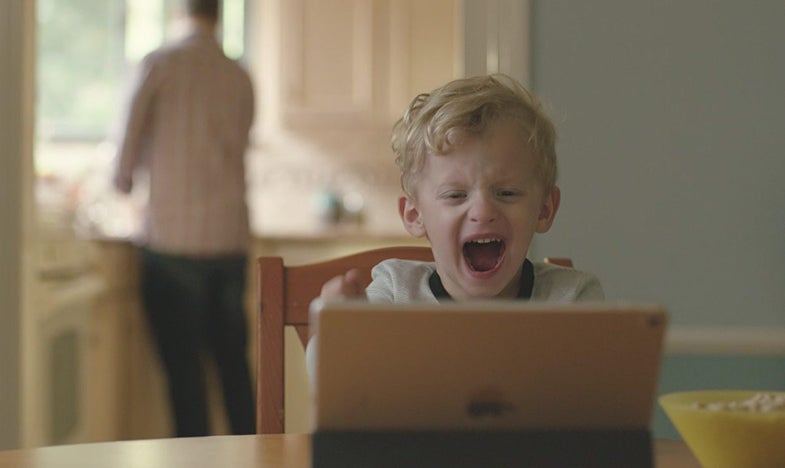 When Apple throws a big event like its annual Worldwide Developers Conference, it dominates the week’s tech news cycle and this year was no exception. But, Tim Cook and crew weren’t the only thing happening in the land of circuits and silicone last week. Here’s a look at what you might have missed.

The HomePod was the big star of Apple’s 2017 WWDC keynote, finally bringing Siri to a smart hub speaker. Interestingly Apple focused primarily on the speaker’s sound quality more than its smarts, presumably to hook more customers into the Apple Music infrastructure. Other WWDC announcements included revamped iMacs, an upgraded iPad Pro, and a the $5,000 iMac Pro, which might be the best looking computer the company has ever made.

You can see all of our WWDC coverage here.

Logitech announced its new G433 PC Gaming Headset designed for e-sports athletes and anyone else who might work up a sweat playing Overwatch. The whole package weighs just 9 oz. and the ear cups use wicking material to make them more comfortable during marathon sessions.

The new Roli Seaboard Block is a touch-based, modular music machine. It is setup like small keyboard, but can be expanded for more range, other instruments, and a robust selection of beats. It costs $299 and will be available later this month. Musical talent not included.

You might be surprised to find the Taylor Swift music catalog is once again available on popular streaming services like Spotify for the first time since 2014. The official reason offered is a celebration of her 1989 album, which has sold 10 million copies and 100 million songs. Even if you’re not a Taylor fan, it will be interesting to see what this means for other artists who have been holding out from the streaming model. (Sorry if “Shake it Off” is stuck in your head again now.)

Samsung announced a new 49-inch CHG90 QLED Gaming Monitor with a 32:9 aspect ratio and a total resolution of 3840 x 1080. It’s functionally similar to a pair of 24-inch monitors sitting side by side. You can finally show that guy at your office with three monitors who the real work space champion is.

Apple-related memorabilia will always have collector’s appeal and this super-rare pair of kicks are expected to fetch up to $30,000 in an online auction. They’re size 11 in case you’re a super rich guy who wants to buy and wear them in the rain to get commenters fired up on a YouTube video.

Fisker showed off a few teaser images (PDF link) of its upcoming all-electric luxury car, the EMotion. It has a range of 400 miles and a price tag of $129,900. It’s all very exciting if you like swoopy hoods.

Our favorite eccentric billionaire inventor is continuing on his social media narrative about how he’s centuries old. Also, you might be surprised to find out how many people in Musk’s Instagram comments ask him for money.

Do androids dream of nightmarish drawings?

If you have seen weird, horrific drawings done by your friends on social media in the past week, they probably came from Pix2Pix, a web app that uses Tensorflow, an open-source machine learning tool developed by Google. You feed it a stick figure drawing and it spits out an image of a creature that would look right at home on the cover of a new Scary Stories to Tell in the Dark book.

What to look for this week:

The big news this week will be all the new stuff coming out of the E3 gaming conference. Fingers crossed for a new Qbert game!