All the tech stories and new products you missed in your turkey and shopping binge. 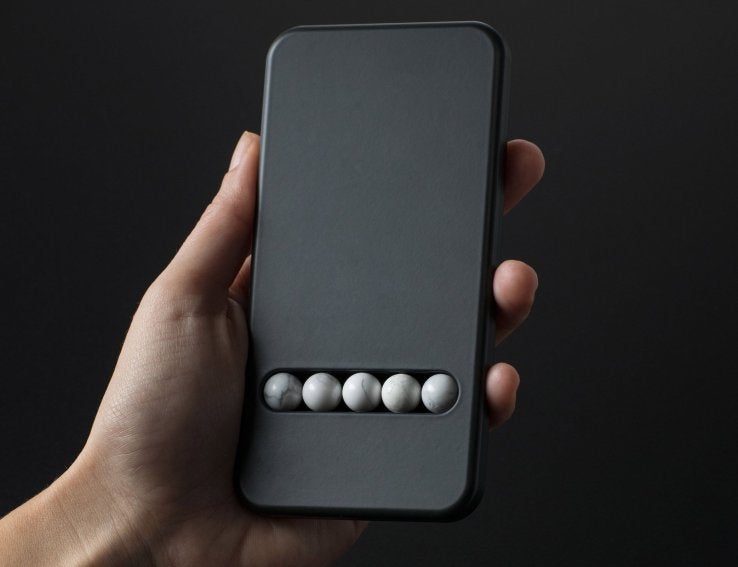 The great consumer frenzy of 2017 is officially underway, and with Thanksgiving firmly in our rearview mirrors, we can concentrate on Cyber Monday and the ongoing parade of tempting deals that will be taxing our wallets until the dawn of 2018. If you want an overview of the best Cyber Monday deals, check here. If you want a recap of all the big tech stories and new products you may have missed while you were buying the ingredients you need to make stuffing, then read on.

Before we get to the fun stuff, you should keep the current threat to net neutrality on your radar. The FCC has revealed its plan to repeal essential internet protections and it will go up for a vote on December 14. Here’s an explainer about why you should care and what you can do.

The Substitute Phone (pictured at the top of the page) is a new take on the fidget spinner. Austrian designer Klemens Shillinger made a phone-shaped block of plastic with stones in its face that you can “swipe” across. It’s not the first time a designer has tried to help people break their phone habits.

If you want to get even more addicted to your phone, you can download Animal Crossing: Pocket Camp, a game in which you spend time happily decorating an in-game world that’s as adorable as a kitten making friends with a puppy. Unfortunately, some users have started creating lamp-based cults in the game, as you can see above.

DJI has a new VR headset called Goggles Race Edition, built specifically for the high-speed sport. The device allows racers to see what the drone sees and steer the craft with head movements. It has a range of up to 4.3 miles and costs $549.

Congratulations to the Tesla crew and South Australian authorities who worked so hard to get this manufactured and installed in record time! https://t.co/M2zKXlIVn3/

Elon Musk delivered on his promise to build the “world’s biggest battery” in South Australia. The project even beat the 100-day timeline guarantee, which started back at the end of September. Great to see Tesla delivering on a big promise. But will they be able to do it with their Model 3s, their new trucks, and next-gen Roadster?

Casio’s new G’z Eye GZE-1 rugged camera has a form factor that’s as unique as its name. It has a super-wide-angle lens that covers more than a 180-degree field of view, and is waterproof down to 164 feet. Sadly, it only shoots 1080p footage at 30 fps, which feels woefully underpowered in 2017. It is, however, nice to see that Casio is keeping up with its wacky camera designs, like the ill-fated Casio Tryx.

Leica also released a new camera last week called the CL, which is a callback to a classic film rangefinder from its past. It has an APS-C sensor inside (the size of a mid-level DSLR sensor), and has a built-in electronic viewfinder for composing shots. It’s a very pretty camera with serious imaging chops, but it comes with a very Leica price tag of $2,795, and that’s before you add another $1,295 for a lens.

The Misfit Command is a hybrid smartwatch: It doesn’t have an LCD display, but it can alert you of events like calls and text messages using lights on its face. It also tracks your steps and includes a button that you can program to perform specific tasks on your phone. It’s rather handsome and costs $150.

Before you head back out into the Cyber Monday fray, be sure to check out our TV buying cheat sheet to get the right display for your place. There’s a lot of misleading information out there, and our guide can help you make sense of all that jargon