All the important tech stuff you missed last week. 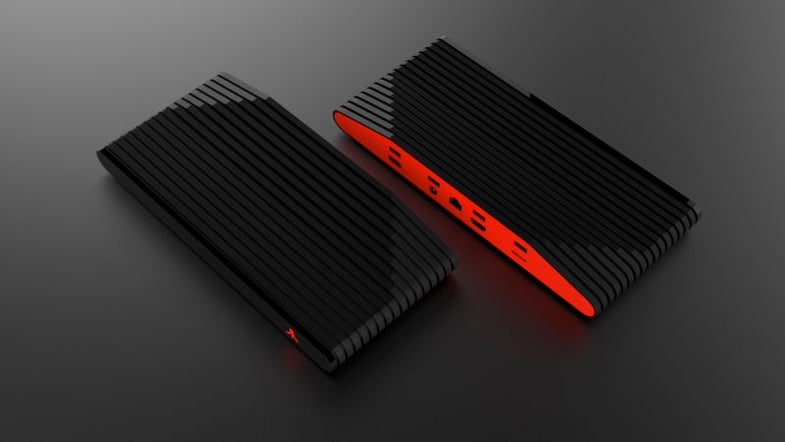 Amazon’s big Prime Day sales reportedly put a big dent in productivity last week, and that means you may have missed some of the big tech stories happening out there in the world. Don’t worry though, because we’ll break it up into bite-sized chunks to help you get all caught up before your next Amazon delivery arrives.

Atari announced its own retro gaming machine (pictured above) to compete with the ultra-popular Nintendo Classic Editions. The self-contained Atari Box has very few confirmed details so far, but we do get to see what it looks like, which is more than we had last month at E3. We do know it’ll have an HDMI port and some USB ports, as well as an SD card slot. Now all we’re missing is that retro Turbo Grafx-16 we’ve been dreaming about.

In light of Amazon’s big Prime Day festivities last week, we dug into the company’s patent for drone hive towers that would send out aerial shipments within city limits. Spoiler alert: It would be really hard to pull off from an urban planning perspective.

If you have been out in public today, you have already probably touched a lot of really gross surfaces. The moving handrails on escalators may get a bit cleaner in the future thanks to LG’s UV-powered sanitization system. It claims to destroy germs using UV LED light.

IBM is upping the ante on corporate server encryption with the IBM Z mainframe computer. The company hopes that a more affordable solution for keeping encrypted information will take a bite out of the ever-present threat of a compromise.

If you’re taking a work trip out of Denver, try to prevent your boss from finding out that Denver International has the fastest Wi-Fi connection speed, according to a test done by Speedtest.com. You can expect 78 Mbps both up and down, which is plenty of pipe for doing work instead of watching movies on your iPad to pass the time before you board.

The Force Gives a Wakeup Call

Disney had its own convention this weekend called D23. As part of the festivities, Mickey and Co. offered up some info about its latest Star Wars attractions. The park section will be known as Star Wars: Galaxy’s Edge and include rides and attractions, as well as a fully-immersive hotel. We can’t wait to try the roasted tauntaun legs.

Planning a road trip this summer? You can do a lot of your research and even your booking right from your smartphone. Here are some tips from our DIY department.

Everything gets its own day, and today the sun shines on emojis. Apple showed off its next batch of emojis, which includes a zombie, a vomiting emoji, and a head explosion. We feel you, little yellow dude. We totally feel you.

Another week, another ambitious effort from our man, Elon. This time, Tesla is working on building the world’s biggest battery in Australia. Here’s how it’s going to work.