Larry Baxter cleans up after power plants with cryogenics 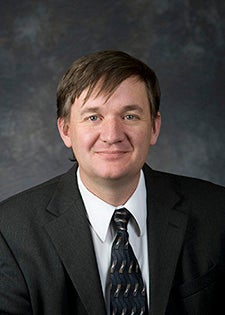 There’s little debate that capturing carbon dioxide from coal-fired power plants is important. The problem is that it’s an energy-intensive process: The typical carbon-capture system can consume nearly 30 percent of a plant’s power output, mainly by heating solvents that scrub CO2 from chimneys only to cool them down again. Chemical engineer Larry Baxter of Brigham Young University is developing a more efficient way to remove the greenhouse gas: by freezing it into snowflakes. “It makes capture realistic and affordable,” he says.

Baxter’s start-up, Sustainable Energy Solutions, uses a cryogenic carbon-capture system to chill the emissions stream. When the carbon dioxide turns into an icy solid, it separates from other gases. “You get this blizzard of dry-ice flakes,” he says. The CO2 is then pressurized and melted into a liquid that can be safely stored in underground aquifers. In pilot studies, the system captured 99 percent of the carbon dioxide from emissions, while costing a quarter of what conventional methods do. It also scrubs other noxious chemicals from emissions, including mercury.