This Is What Serengeti Animals Do When Nobody’s Looking

Zebras, cheetahs, and giraffes, oh my! 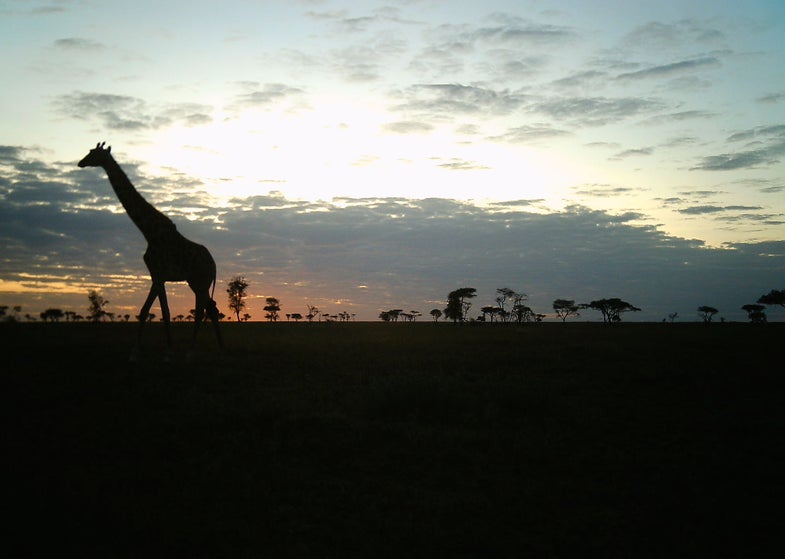 Some of the pictures captured by the camera traps were so perfectly framed that they looked like a human photographer had captured them instead of a motion sensor. Snapshot Serengeti
SHARE

There are surveillance cameras everywhere–on street corners, in airports, and even in the middle of the Serengeti.

Researchers set up 225 camera traps in the Serengeti National Park in Tanzania to get an idea of how animals behaved when people weren’t looking. Between 2010 and 2013, the cameras captured 1.2 million sets of pictures, the largest camera trap survey ever conducted.

In results published today in Scientific Data, the researchers credit 28,000 citizen scientists who helped sort through the huge trove of pictures via the Snapshot Serengeti project. With their help, the scientists were able to create a huge, searchable database that they hope will be a model for other large datasets in the future. Take a look at a few of their amazing images in the gallery above. 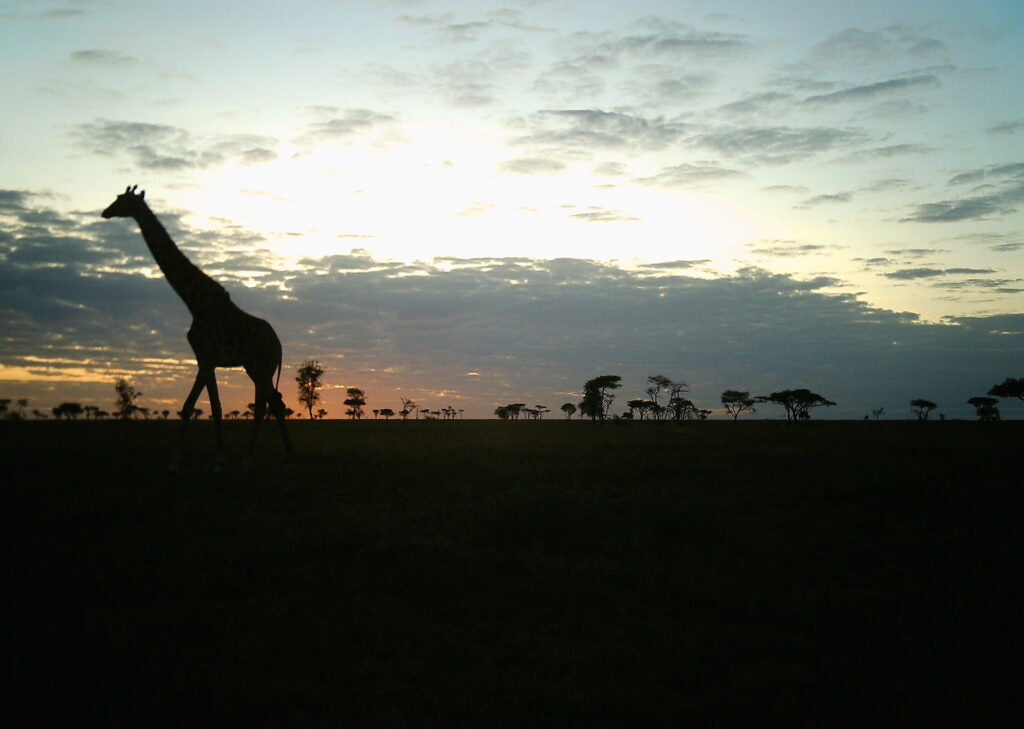 Some of the pictures captured by the camera traps were so perfectly framed that they looked like a human photographer had captured them instead of a motion sensor. 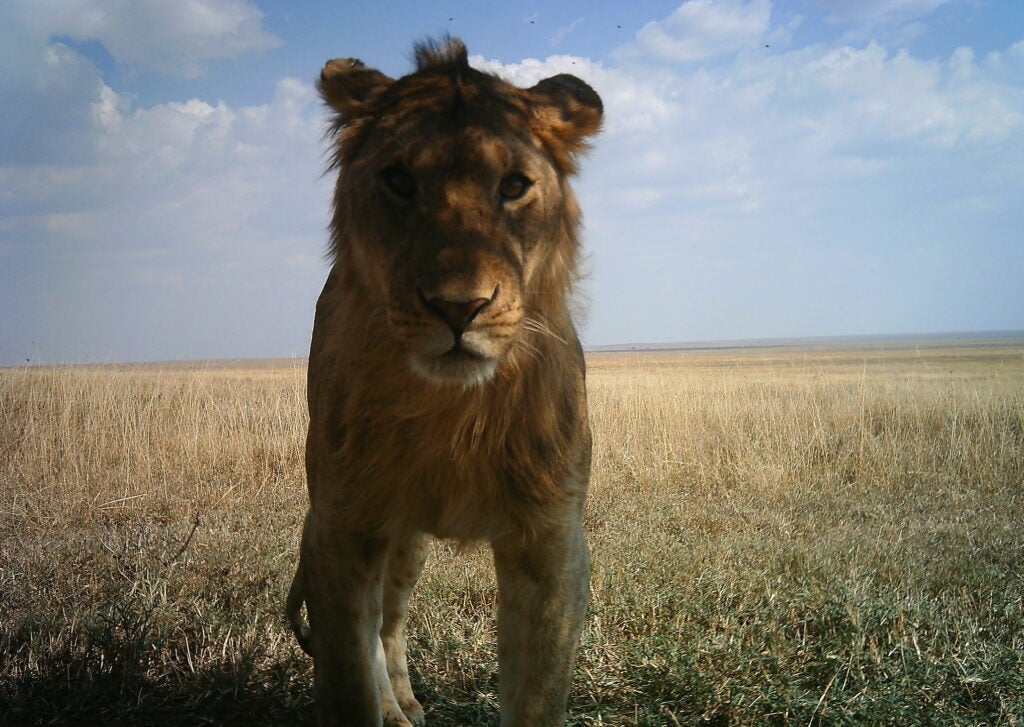 A lion faces down a camera in the Serengeti. 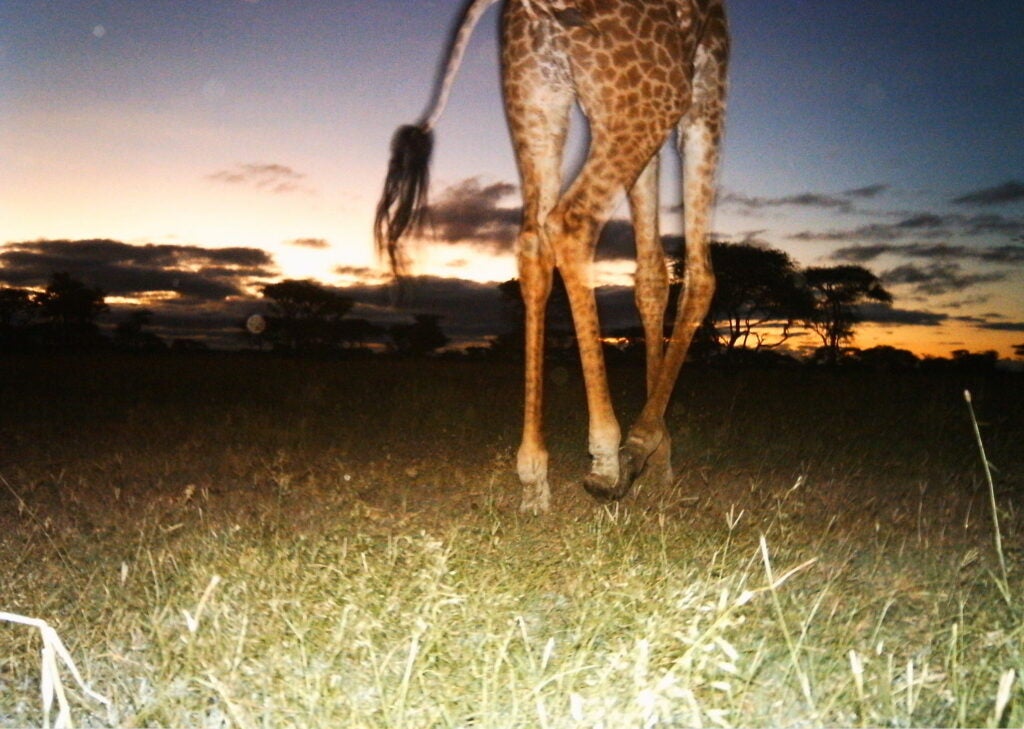 “How’s the weather up there?”

Just in case you forgot how unbelievably tall giraffes are. 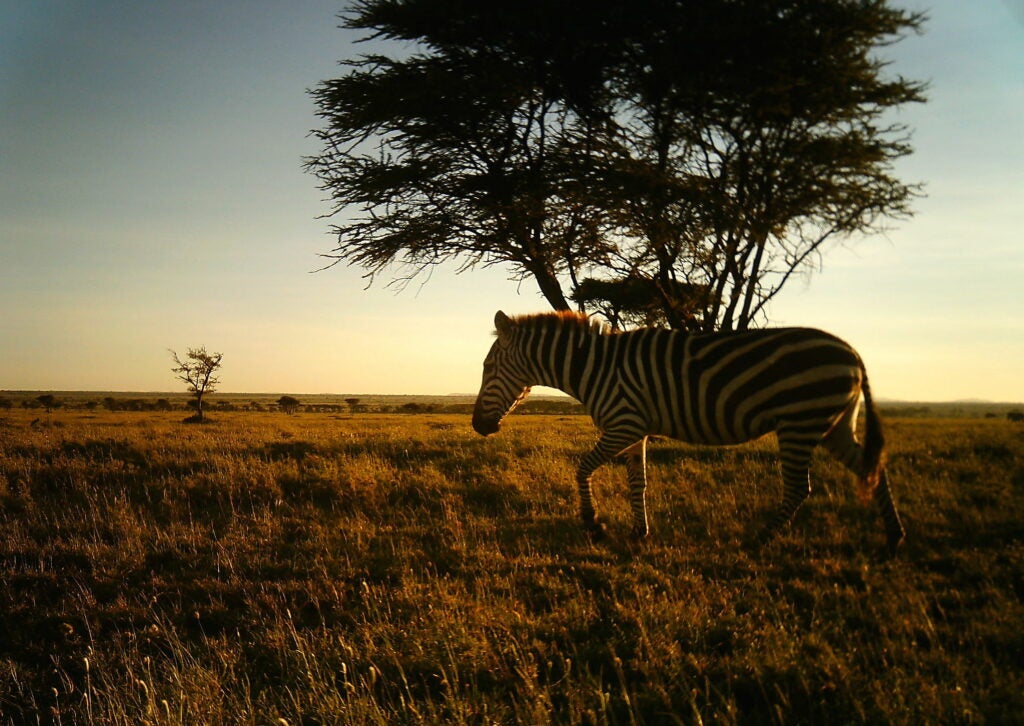 This zebra is enjoying a peaceful moment on the plains. 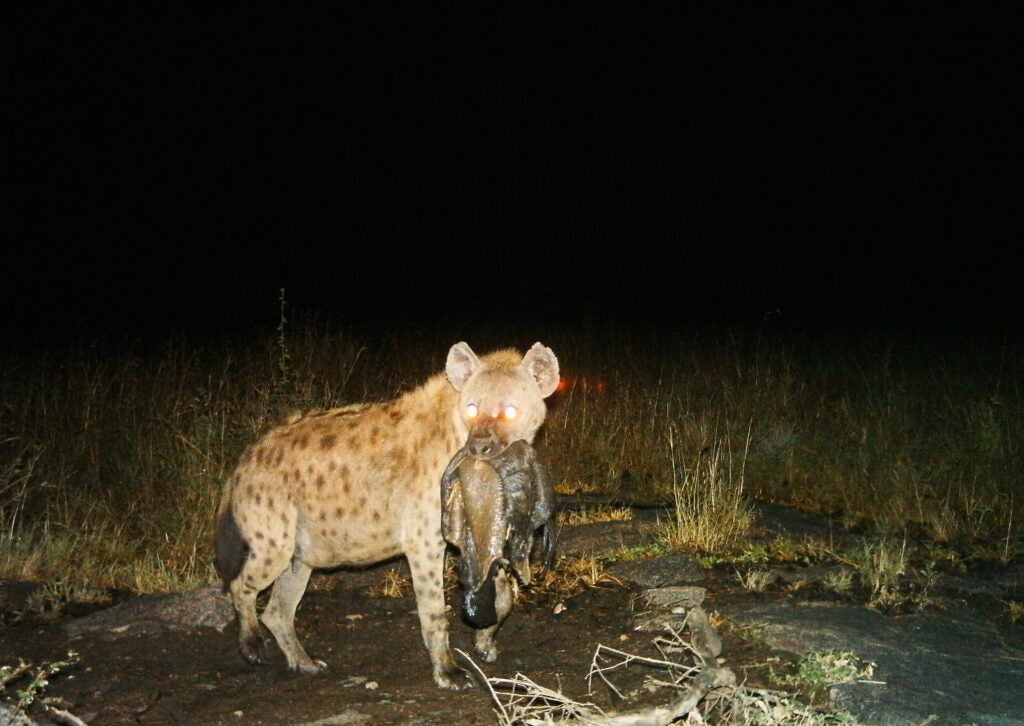 Not every encounter was so tranquil. The researchers also wanted to analyze how predator and prey interact in the wilderness. 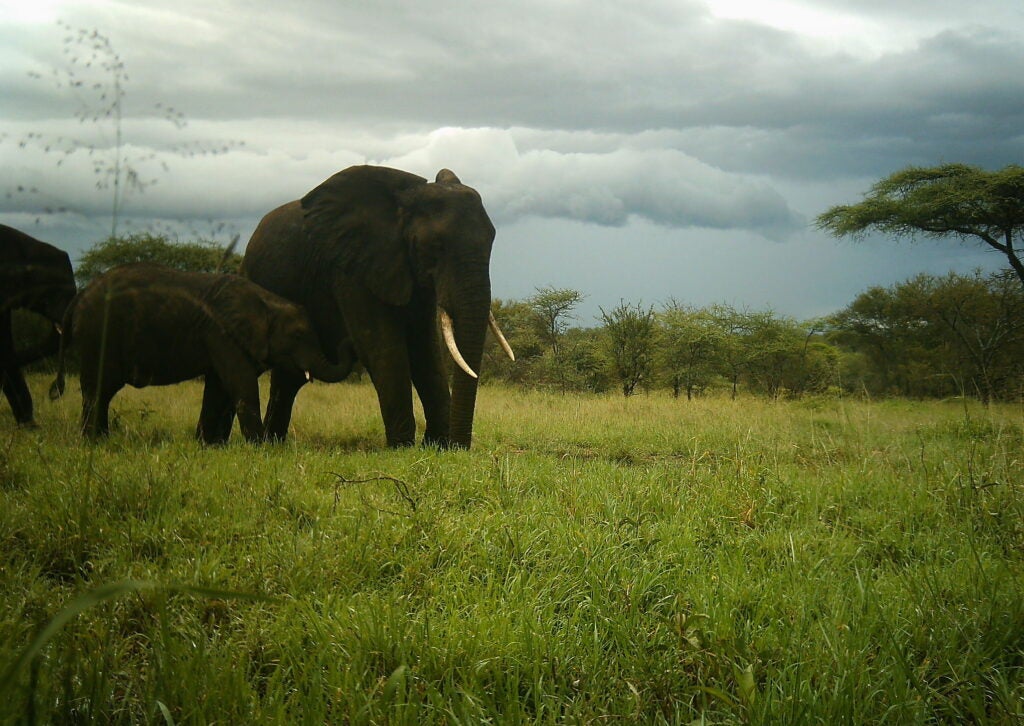 The researchers captured more than 300,000 pictures of animals, including 40 different species of mammal. 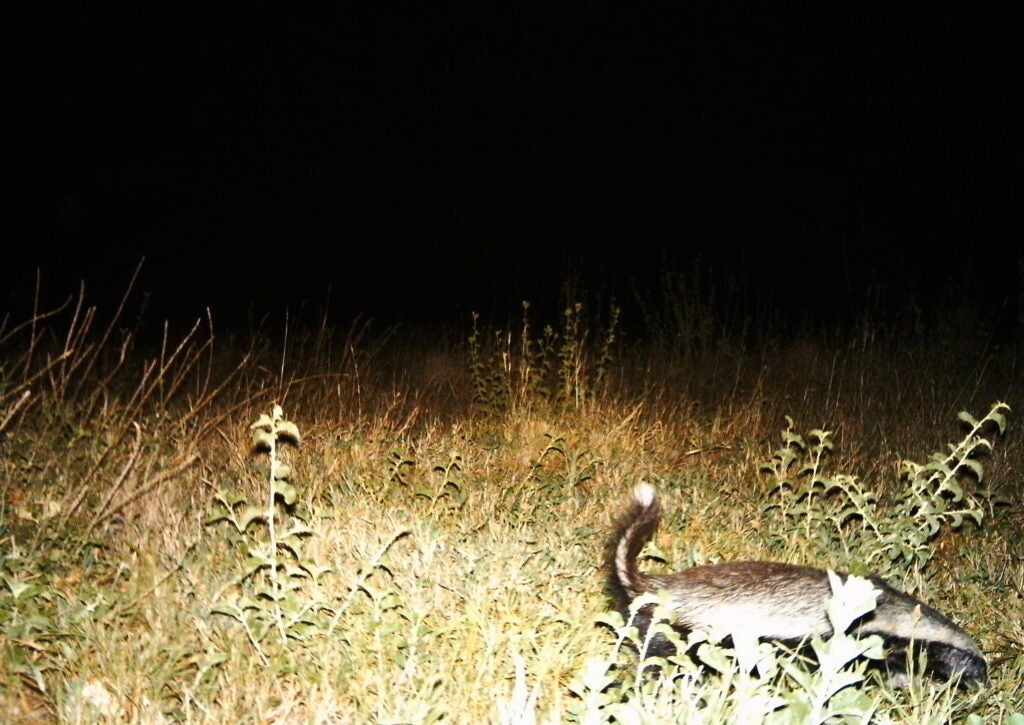 Those 40 species included the ever elusive honey badger. The authors captioned this picture: “Honey badger isn’t afraid of the dark.” 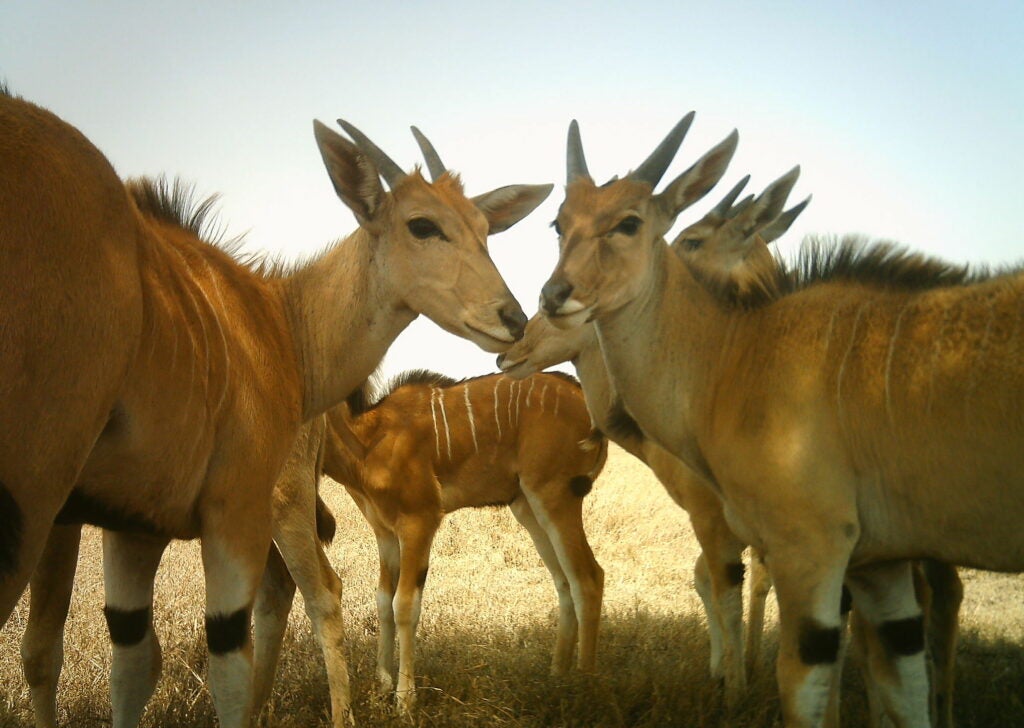 Some of the animals were incredibly photogenic… 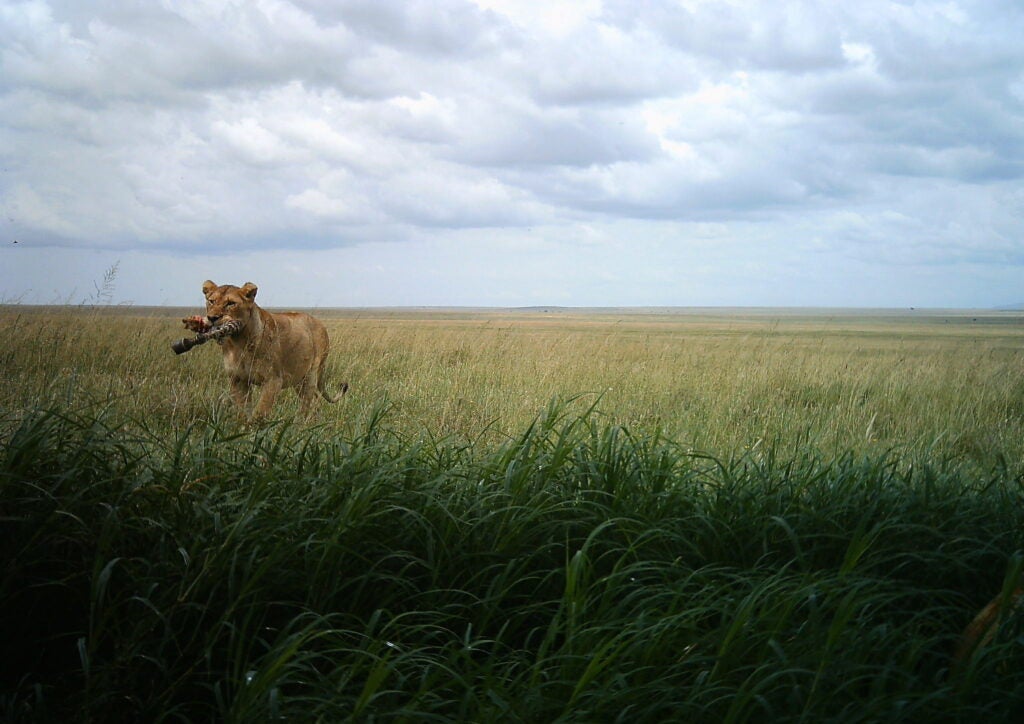 …while others were just going about their business. 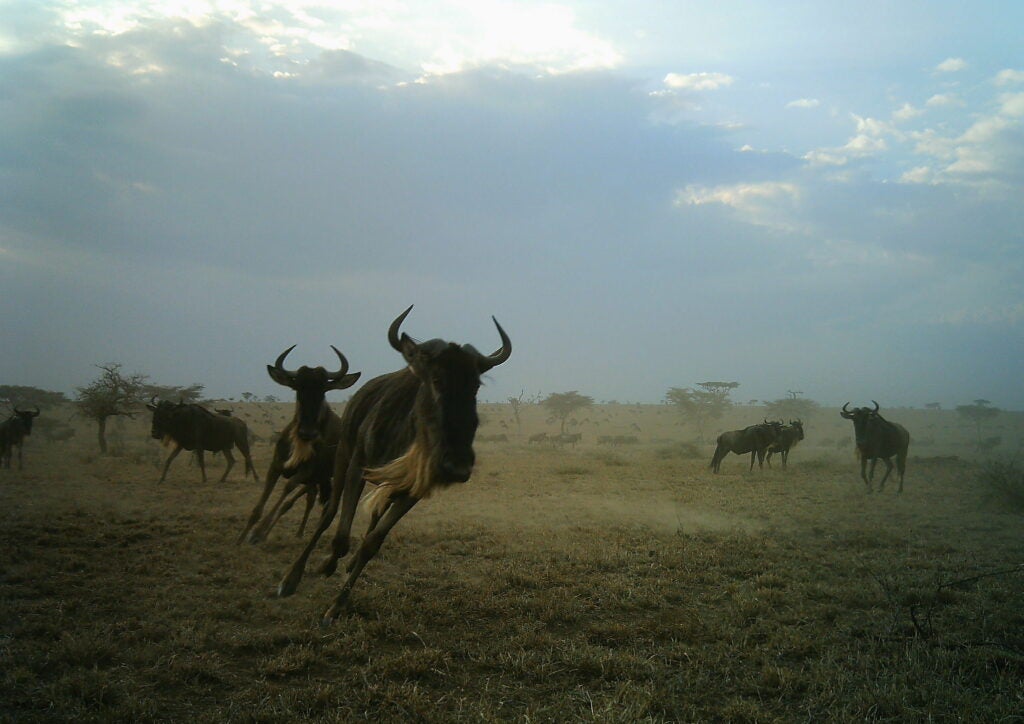 Wildebeests running near one of the camera traps. 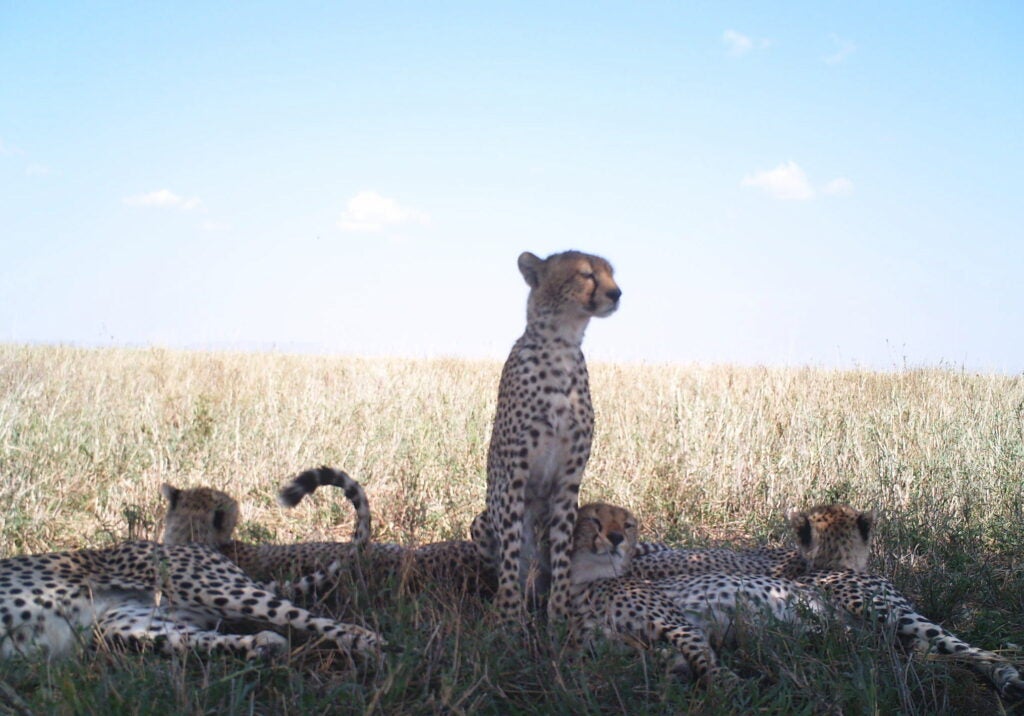