Koko The Gorilla Gets Two Kittens For Her 44th Birthday

Nothing's cuter than feline companions for an ape 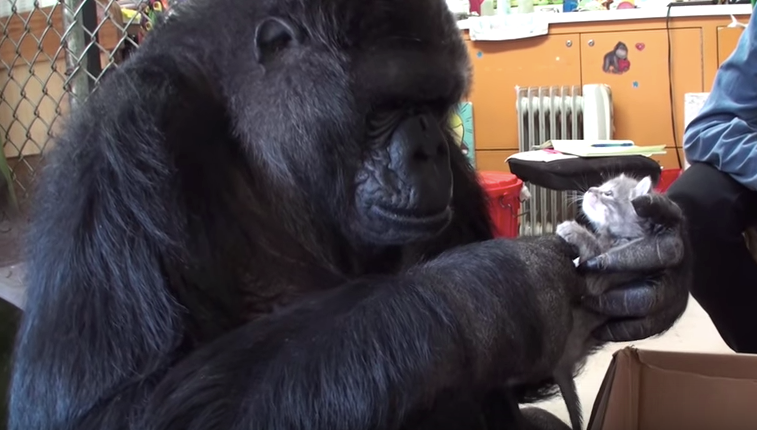 Koko, the gorilla famous for her sign language skills, turned 44 this year, and got (at least in this author’s opinion) the greatest possible present to celebrate: two new kittens. Koko took a shine to a little grey fuzzball named Ms. Gray, and another kitten named Ms. Black decided she would be pet number two.

This isn’t Koko’s first experience with cats. Back when she was a teenager, Koko got a grey and white Manx kitten for her birthday. The LA Times reported that she played with the cat for about an hour every day, and they even appeared on the cover of National Geographic together. But in 1985, tragedy struck when her first kitten (named All Ball) wandered onto the highway and was run over by a car, and Koko mourned the loss. Here’s hoping for a brighter future.

It’s Friday, after all. Allow yourself to be lulled into happiness with twangy guitars and fuzzy kittens climbing a gorilla on her birthday.