Kodak Will Make A Camera-Focused Smartphone 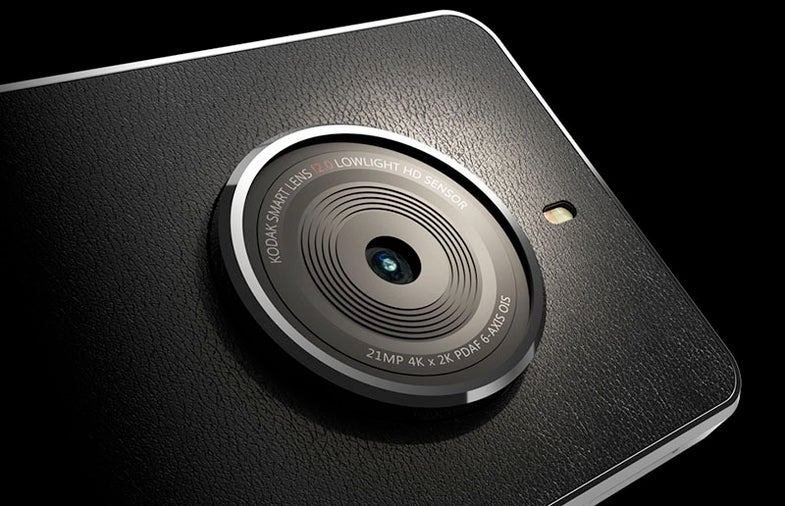 When you think of Kodak, the words “Android smartphone” don’t usually come to mind. But that may change: the camera company is shifting its gaze from film and disposable cameras to letting you capture that Kodak moment with your phone–specifically a Kodak phone.

The Kodak Ektra is an Android device that places an emphasis on the camera. Kodak has added in specs like a 32GB size, 3GB of RAM, and a 1080p display. But the standout feature is the smartphone’s 21-megapixel camera. Compare that to the iPhone 7’s 12 megapixels, and Google Pixel’s 12.3. More megapixels means the Ektra will, at the very least, be capable of producing much bigger photos.

To make the camera portion of the phone even more desirable, Kodak has recruited Bullitt to aid in tweaking the handset’s camera features. Like professional shooters, Kodak’s Ektra offers scene selection, letting you choose between Landscape, Sports and more, as well as options for standard photography modes like Macro and Manual.

The design is reminiscent of a camera. The leather rear of the phone and black and silver physical features instantly communicate to potential users what kind of phone the Ektra is. But unlike Google’s Pixel–which has the best rated smartphone camera on the market–the Kodak device has a camera bump on the back that can be described as anything but subtle. The f/2.0 aperture beats the iPhone 7’s f/1.8 lens, and the included Sony IMX230 image sensor is also found in the XPERIA Z3+, a camera lauded for its rear shooter.

Further specs belonging to the Ektra include support for micro-SD cards up to 128GB in size and a beefy, 3,000 mAh battery. And Android 4.1 on the device may not get you Google’s latest Assistant out of the box, but at the very least you can finally bring your Kodak moments to Instagram.