If you make films, make sure they have a samurai 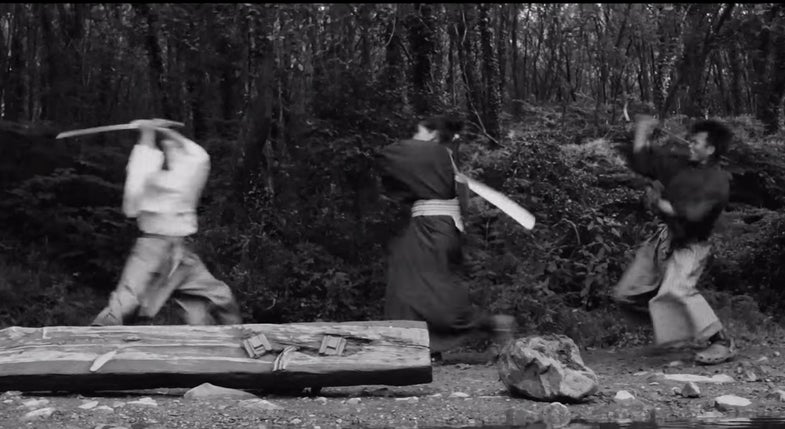 In the woods, a warrior runs, carrying an item of great importance. A moment later, she is beset by two armed men, opposed to her actions and armed to the teeth. Weapons drawn, the combatants perform a delicate and deadly ballet, artful movements with deadly aim. The subject matter is as old as film-making itself, but the craft betrays a modern hand. “Pre Vis Action” is a short film from Welsh writer/director Gareth Evans, best known for his kinetic action film The Raid and its sequel. Without warning, Evans released the 5-minute film on YouTube for free, in full, likely just because he could.

The wordless short film has a plot (a messenger with an important treaty facing assassins) but it’s really a craftsman’s showcase. Its instrumental soundtrack features Japanese and Indonesian instruments, and the aesthetic is full Kurosawa, even if the pacing is more Daredevil and the set itself is in Wales.

Yet for all the fancy footwork and artful swordplay, there was a straightforwardly commercial aim to the project. From the video’s description:

That’s right, the real aim of this is to disarm the MPAA, and bring flashy choreographed fighting to the most profitable audience block. That’s almost as ruthlessly commercial as the assassins in the film.