And the award for strangest product placement attempt goes to... 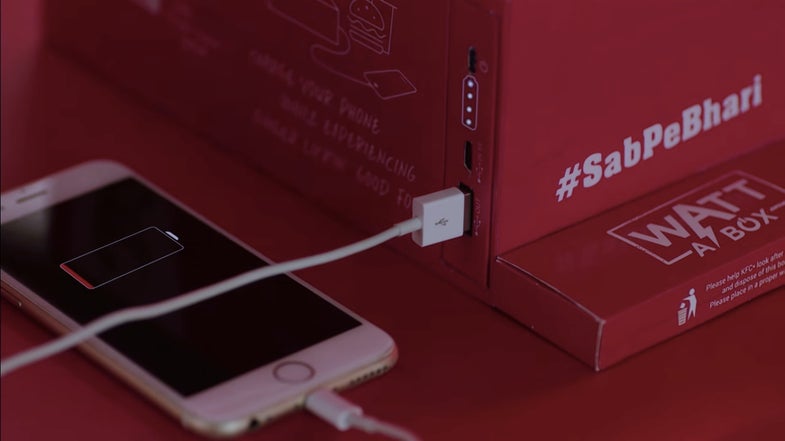 Ever wished that your food came with a portable charging station for your smartphone?

No? We didn’t either.

But someone had to have just that thought, because a partnership between an India-based tech manufacturer and the country’s KFC marketing team has delivered just that to customers in Delhi and Mumbai.

Reports are overwhelmingly negative about the charging capabilities of the device (which comes with the 5-in-1 meal box and really rounds out your dining experience), with something like a 17 percent battery boost, that takes half an hour, before the device dies completely.

We’re still conflicted over whether or not this is the worst thing KFC has ever released. Currently, the KFC Double Down has received the most notoriety for replacing the buns of a sandwich with fried chicken breasts, but it’s the KFC Famous Bowl that really inspired artists:

Back to the onboard meal charging station though: the commercial that KFC released to promote it doesn’t show the alleged poor charging capabilities of course, but watch KFC try to make a case for how awesome it is to have electronics in your take-away here: