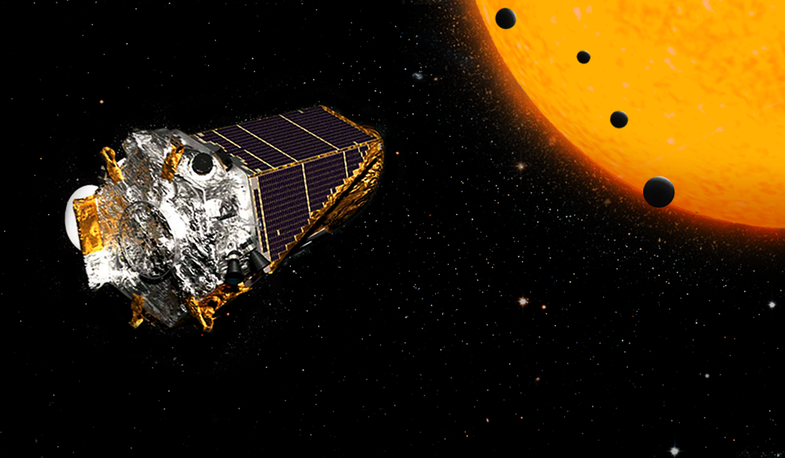 NASA announced today that its Kepler spacecraft has discovered a “crop of more than 100 planets” orbiting the M dwarf star K2-72, 181 light years away from Earth.

Of the 104 planets found outside of our solar system, four seem Earth-sized and rocky, and two of those are within the “habitable zone,” with the potential for liquid water on their surfaces. They orbit their star closer than Mercury orbits ours, but because K2-72 is cooler and less than half the size of our sun, it keeps them in the sweet spot for temperature. One is 10 percent warmer than Earth, while the other is 6 percent cooler. All of the planets discovered are 20-50 percent larger than Earth in diameter.

These discoveries come after thousands of exoplanets landed in Kepler’s sights, including three dozen planets or planet candidates in the habitable zone. The odds keep getting better for life outside of our own solar system.