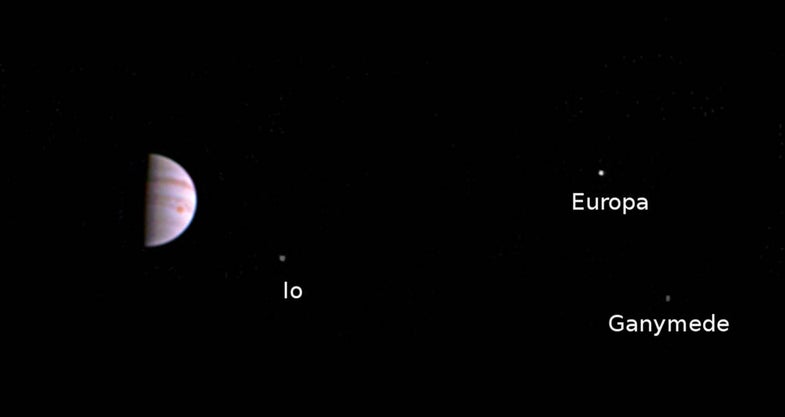 NASA’s Juno spacecraft arrived in orbit around Jupiter on July 4, to much fanfare and celebration. However, just like the many Americans grilling burgers and hotdogs, Juno was getting cooked with Jupiter’s extreme radiation, so its cameras and other equipment were shut off for safe-keeping.

The team turned JunoCam back on on July 10, and the result is this great photo of Jupiter’s giant red spot and three of its moons. It is composed of the first several images from Juno’s orbit of Jupiter.

And don’t worry, the images are going to get a lot better than this. The photo above was captured from a distance of 2.7 million miles, but as Juno loops further around its egg-shaped orbit, it will skim the tops of Jupiter’s clouds from a distance of about 2,600 miles. That’s closer than any spacecraft has ever come before.