Juno spacecraft gives up, decides to take the long way around Jupiter

It's permanently stuck in the wrong orbit, but at least there's a nice view 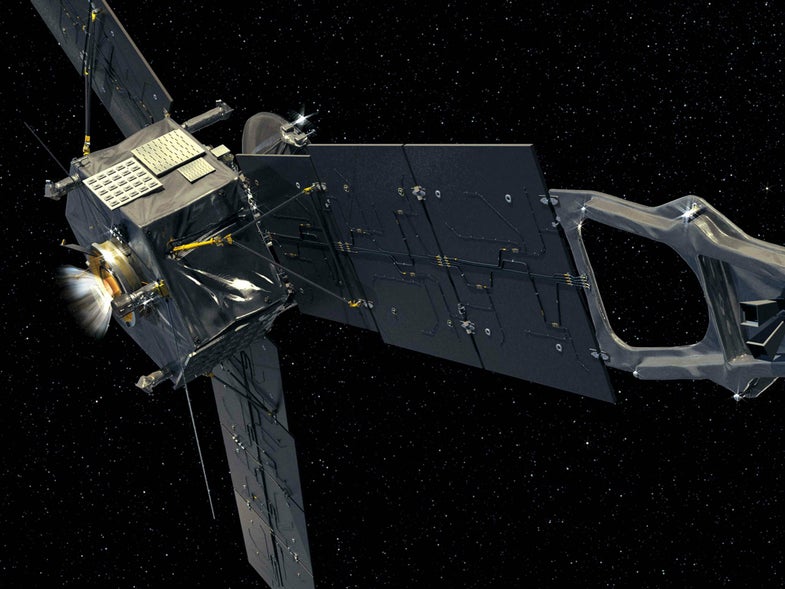 The Juno spacecraft has been stuck in the wrong orbit around Jupiter for months, and today NASA announced that they’re just going to leave it there. The team has given up on finding a way into a more ideal orbit.

The Juno spacecraft arrived at Jupiter in July 2016, and everything was going great for a little while. It sent back some cool photos, and from its orbit within 2,600 miles of Jupiter—that’s about 8 times closer than we’ve ever been before—it’s getting the best views of the gas giant humankind has ever seen.

There’s just one problem: It’s currently taking Juno 53 days to make a single pass around Jupiter. The spacecraft was supposed to get a little closer and reduce its orbit to 14 days, but its engines crapped out. Some valves aren’t operating the way they should, and Juno’s scientists are worried that firing the engine could actually put the spacecraft into a worse orbit. So instead, it will live out the remainder of its days (that is, until July 2018) while staying the course.

But NASA, naturally, is trying to make the best of the situation, saying that the longer orbit allows for “bonus science” that wasn’t in the original plan, providing new information about Jupiter’s extraordinary magnetosphere. Juno will also spend less time in the worst parts of Jupiter’s radiation belts, which may extend the spacecraft’s lifetime.

With any luck, it’ll mean we get to see more fantastic images like this one, below. So maybe taking the scenic route won’t be so bad.