Juno Made Its Closest Jupiter Flyby Yet

It's just getting started 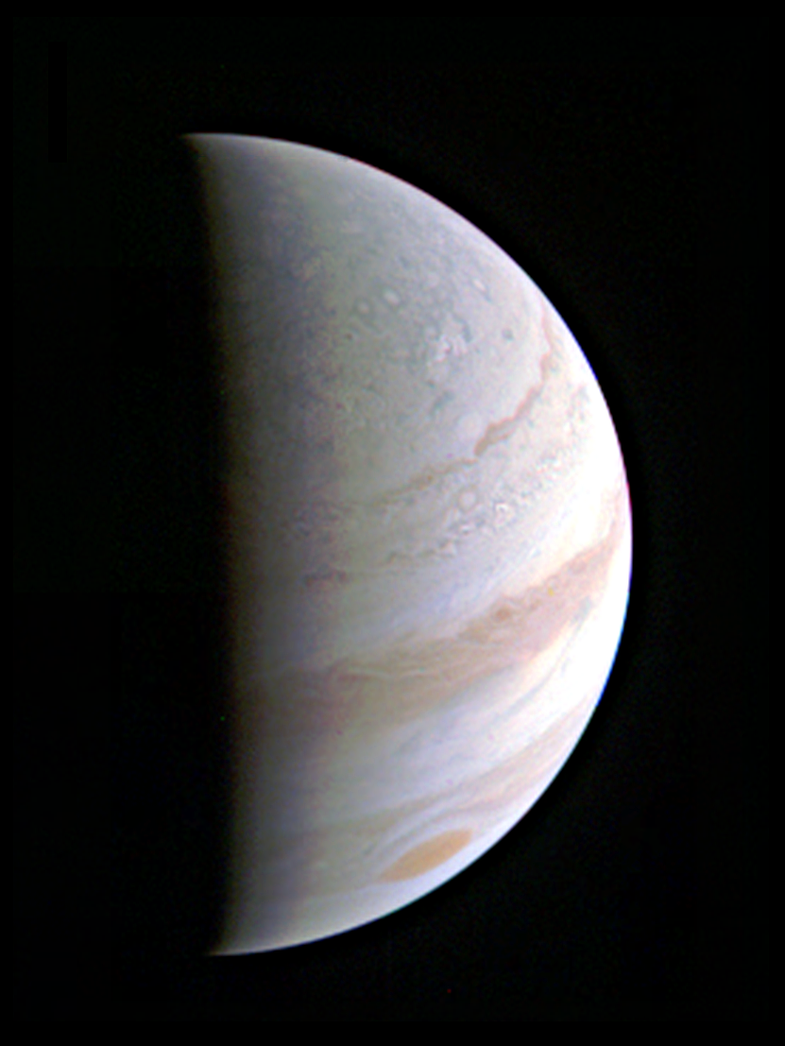 While many of us were regretting Friday night or waking up to texts about brunch, Juno was busy getting up close and personal with Jupiter. The space probe made its closest approach to the gas giant on Saturday morning.

Everything’s going as planned and Juno is “firing on all cylinders,” NASA’s Jet Propulsion Lab reports. Early data returns are coming in now, including the above photo, taken as Juno orbited over Jupiter’s north pole at 437,000 miles above the surface. This is the first time NASA’s switched on Juno’s entire suite of instruments, aimed to spy on our biggest brother and report back. Its visible light imager, JunoCam, will deliver high-res images in the coming weeks. Thirty-five more close flybys are yet to come.

Juno sent back its first postcard from Jupiter’s orbit on July 4. If you’re still not clear on why you should care about Jupiter in the first place, watch Juno scientists answer that question, here.