Jumping spiders, which by the way are super cute, have some remarkable abilities. They can leap many times longer than... 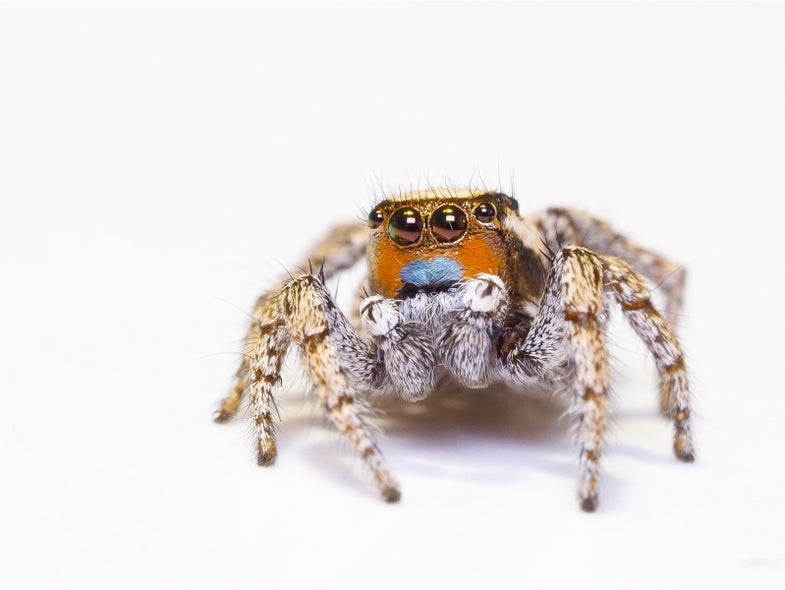 Jumping spiders, which by the way are super cute, have some remarkable abilities. They can leap many times longer than their own 3/4-inch-long bodies, and their vision has the highest spatial resolution relative to their size of anyone in the animal kingdom.

It turns out this vision is even better than we thought. New research explains that they see in three-color channels, just like us.

Like many bird species, male jumping spiders are often very colorful and conduct elaborate courtship dances to attract females. Scientists thought they could only see in a couple color channels, in the ultraviolet and in green light. But the many-eyed creatures apparently have an innate pair of “shades,” as it were, inside their multiple retinas. This gives them trichromatic color. 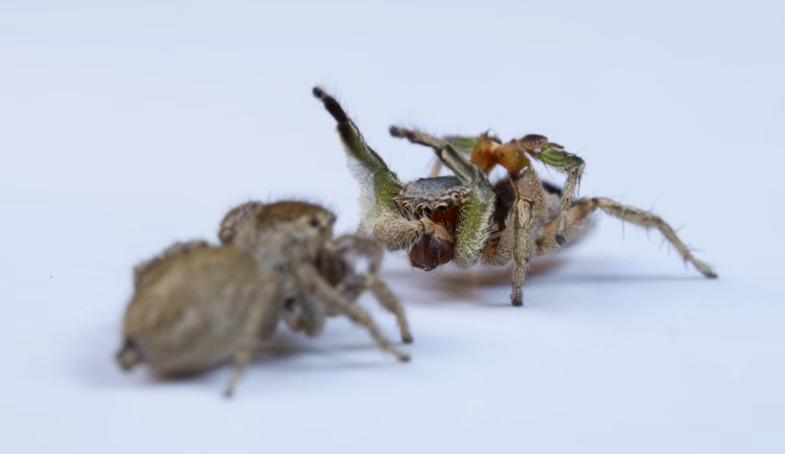 Male jumping spiders do an elaborate dance to attract females. 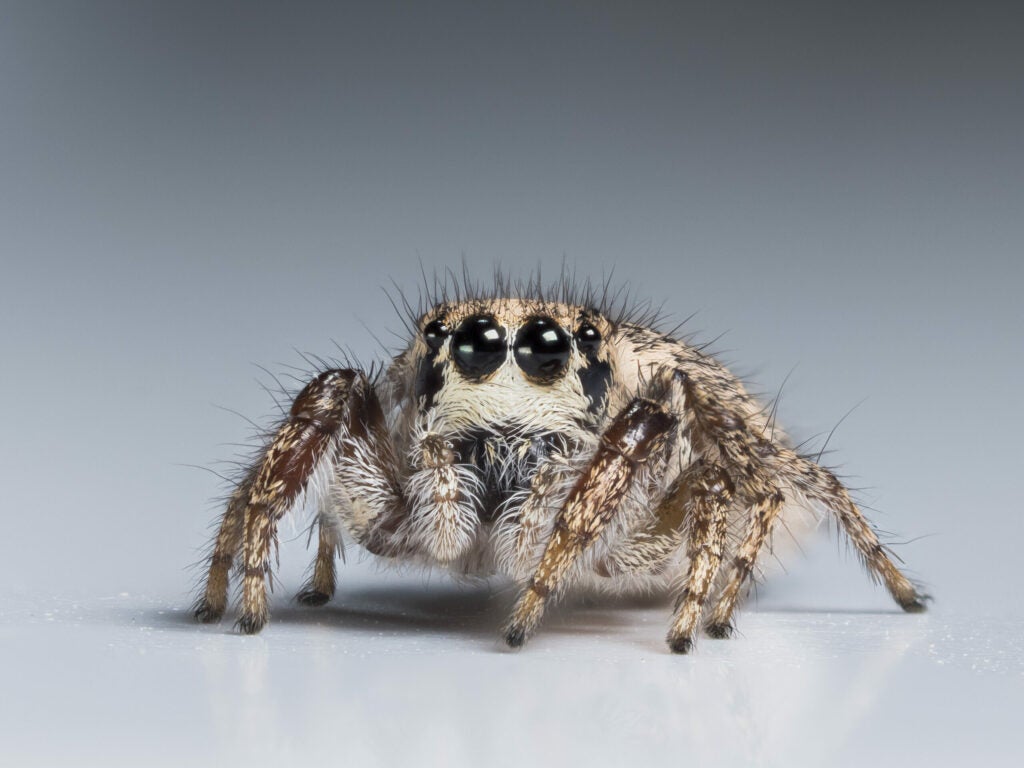 The Habronattus hirsutus is a jumping spider that has “true” color vision. This is a female.
Animals
Spiders
Wildlife