DARPA Wants Robots That Can Play Jazz In Time With Humans

Simulated improvisation in peace and war 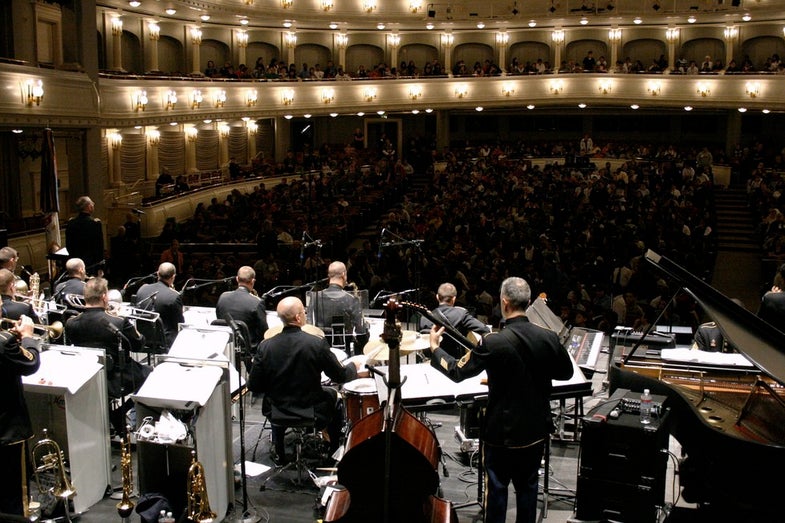 Humans learn by doing, so why shouldn’t machines? A project funded by DARPA, the military’s future technology wing, wants a program that can adapt to human musicians as they perform, and join in with the right notes—literally. Called MUSICA, for “Musical Improvising Collaborative Agent”, the goal is a device that can create and play a jazz solo in time with humans.

To understand jazz—an infamously improvisational and unpredictable style of music—the program will lean on a database of jazz solos that the researchers behind the project are compiling. Once the machine has absorbed jazz, it will then create responses, based on what it knows. It’s music as language, with the computer taking the role of a toddler learning to string phrases together. Ben Grosser, an Assistant Professor at the School of Art and Design at the University of Illinois at Urbana-Champaign who’s working on the project, told LiveScience:

So why is the military interested in musical machines? It’s (probably) not because DARPA’s looking to upgrade the U.S. Army’s Jazz Ambassadors into cyborgs. Instead, creating a machine that can learn appropriate, instant responses to human actions around it is likely to be useful on the robot-infested battlefields of tomorrow. In order for humans and machines to collaborate well, the machines will need to pick up what the humans are putting down.