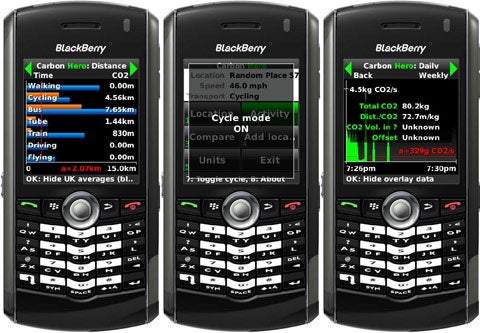 Soon tracking your carbon footprint will require nothing more than a software installation on your cell phone. Developed at start-up company Carbon Hero in London, the software Carbon Diem takes advantage of global positioning satellites (GPS) to figure out automatically what transportation you are using, and, based on that deduction, calculate your up-to-the-minute carbon impact. The company’s chief executive Andreas Zachariah, who is also a student at London’s Royal College of Art, came up with the idea after he got tired of calculating his own carbon usage manually through various online calculators.

Carbon Diem, which won a regional award last year from the European Space Agency, has been tested on Nokia and Blackberry phones so far. Its calculations are almost 100 percent perfect when measuring people’s movements on airplanes and trains, Zachariah said. It didn’t fare as well when people travelled on buses: those calculations were only 65 to 75 percent accurate. Nonetheless, it’s the first automatic carbon footprint calculator of its kind, and will be available for general use come spring.